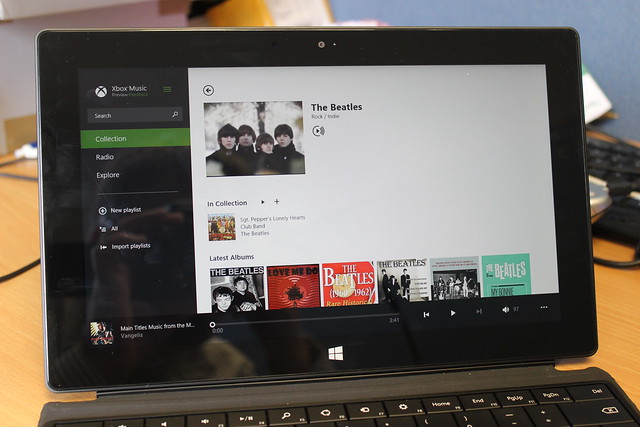 Microsoft have updated the Xbox Music app for Windows 8.1. In the update there is a now a new artist detail page where it shows information about the artist including albums in your collections and in the store, their most popular tracks and similar artists. The app works better in the new Windows 8.1 snap modes and there is also a redesigned New and Top music galleries that make better use of the album art.

It feels a lot faster and smoother than the old version of the app.

Key updates include:
– New artist details—for both the store and your collection—show everything you have for a given artist, along with that artist’s latest albums, most popular songs, and similar artists
– Redesigned the New Albums and Top Music galleries to better emphasise album art
– Improvements to the way collection notifications look when the app is snapped
– Aligned the look and feel of dialogues with other redesigned parts of the app

To see which features are available in your region, go to the Xbox Music feature list at http://support.xbox.com/apps/windows-8/xbox-on-windows-features.