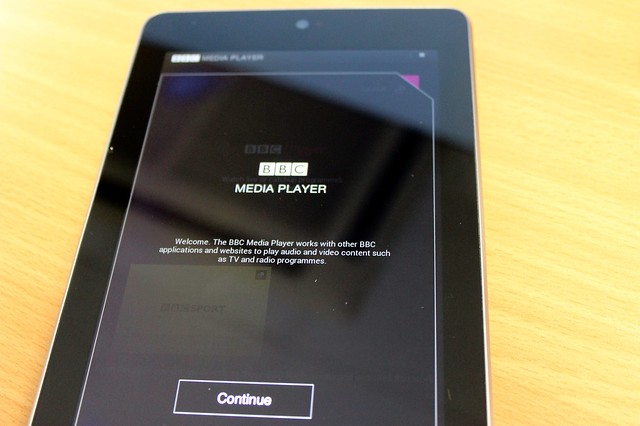 BBC Media Player the app that enables playing back of media from BBC websites including BBC Sport and BBC iPlayer on Android has been updated. The app now supports Android 4.3 which was launched by Google a couple of weeks ago (and running on all my Nexus devices)

Whenever you go a BBC site that has audio or video playback the BBC Media Player app handles the playback. The app is free from the Google Play Store.