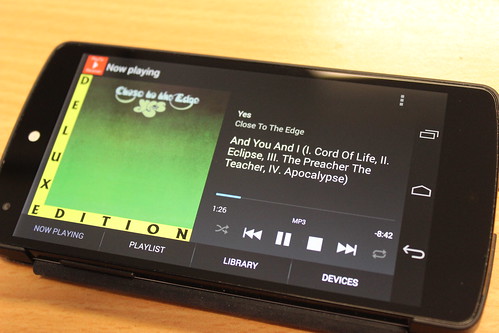 BubbleUPnP the DLNA and Chromecasting app for Android has been updated adding new streaming enhancements and Chomecast improvements. The app now supports multichannel audio when its transcoding files and transcoding bugs have been fixed. Chromecasting subtitle support has been improved, you can control the font of the subtitle and you can manually load subtitle files for a video.

There are other bug fixes included in the update. With the app you can stream content to DLNA servers and the Chomecast dongle from all from one UI.

You can find the BubbleUPnP app in the Google Play Store.

– fixed failure to convert some subs

– fixed failure to transcode some videos