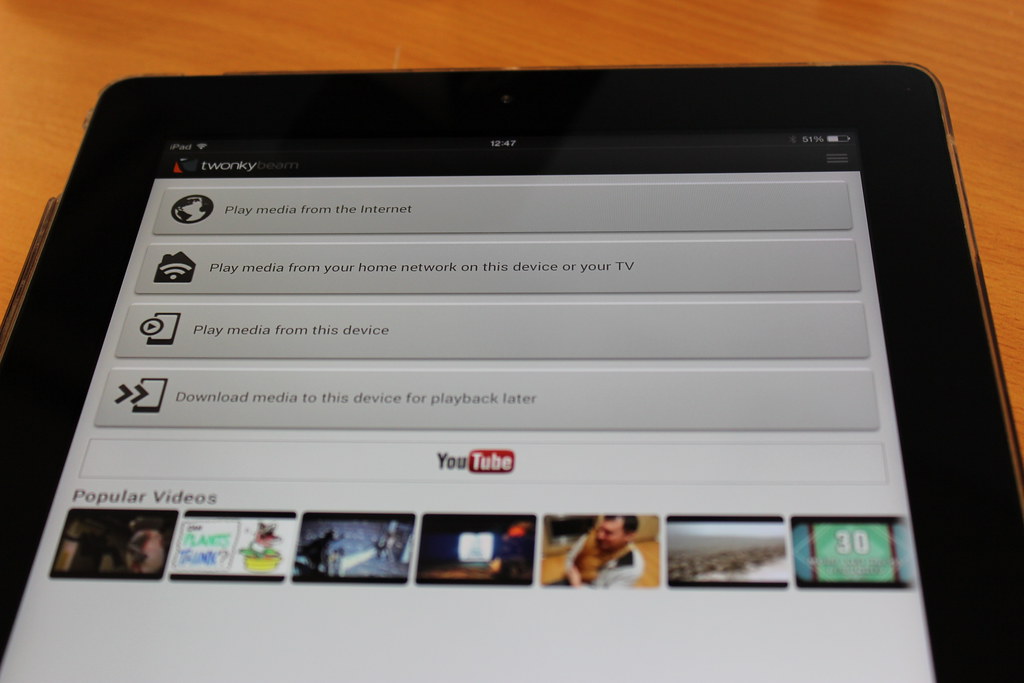 Twonky Beam is an app than enables beaming of content from the web, tablet or phone to a DLNA/UPnP devices on your network. So you could pick a YouTube video or a video stored on your tablet and beam it to a DLNA device or an Apple TV.

The iOS app has been updated and version 3.5.0 has a new redesigned user interface. The new UI makes it much easier to beam content to a device by focusing on specific tasks, so if you want take a YouTube video and play it on your TV you just follow the internet flow in the app. If it’s local content you want to beam you follow the local flow and there is a flow for content on your network. You could do this on the earlier version but the new UI makes it much easier to use especial for new users, it’s much more intuitive than the previous version.

Also in the updated app is an improved video/audio player with 30 seconds skip and 10 seconds rewind functions and the video beaming reliability has been improved.

The app is free in the iTunes Store.