The Samsung Galaxy Tab 2 10.1 has been around for a while now and for the last couple of weeks I have been putting the tab through its paces. The 10.1 inch Tab updated to Android Jelly Bean 4.1.1 on my first day with it has with Samsung’s own TouchWz UI layer on top of Android. In the past I haven’t been that much of a fan of TouchWiz, I prefer the cleaner UI stock Android like on the Nexus range but the recent updates to TouchWiz have made it much better.

The Tab has a 1 GHZ dual core processor, weighs 581g, has a 3MP front camera/VGA rear camera and has 1280×800 display. It has a MiroSD card for extra storage which is a great idea and something I use on my Galaxy Note and Surface. One thing I don’t like is the Samsung connector on the device, I would rather see a standard MicroUSB port on it.

The first thing you notice is that the Tab is surprisingly fast. The UI is very smooth and responsive, Samsung load a few widgets on to the Tab including weather, video and game hubs. The hubs bring together content from Samsung’s stores, Samsung have their own movie store and a music store. Personally I prefer to get my content from the Google Play store but it’s nice to have the choice.

One thing I did notice when using over a period of time is that when you had been using an application for a while (something like Chrome or Flipboard) and then go back to the desktop it seems to have to re-draw the widgets or when you load Chrome it has to reopen the tabs, I guess it is something to do with memory management and I have seen it on my Galaxy Note. The battery performance seems pretty good. With occasional use the battery was lasting a few days between charging, seeming about the same as my 3rd gen iPad.

Samsung have added a couple of changes to the UI. It has Samsung’s window feature where select apps can run in a windows and float over the top of the rest of the UI. The apps that support it are Calculator, Email, Planner, Task Manager, Music, Alarms and World Clock.  It’s a shame more apps can’t be added to this, it would be nice to have Gmail and Twitter apps supported.

There are no hardware buttons on the front of the Tab unlike the Galaxy Phones. There are soft buttons in the UI, it has Home, Back, Task Switcher and a Screenshot button. Switching tasks is very fast thanks to the task button and having a Screenshot button it’s a nice addition to the standard Android buttons, I am not sure how useful it is after from bloggers wanting to take screen shots of apps.

So where does it fit in with my other devices? Its physical size is close to my iPad but its price is closer to my Nexus 7. The wifi only version of the Tab is around £259, the iPad starts around £399. The main comparison has to be the iPad, the 10.1 inch tab is a little taller than the iPad, the bevel is around the same size and the brightness is about the same. The Tab has an auto-brightness setting and is very clear but can’t match the Retina display on the iPad for clarity.

My other tablet is a Nexus 7 which I really love and apart from bigger screen size there is not much to choose between the devices, I think the Nexus is a little faster and Chrome seems to load up quick but it doesn’t have Samsung’s TouchWiz extras. Personally I would rather have the standard Android UI. I am not going to compare it with my Microsoft Surface, I get a lot more out of the Surface but it’s a different type of device and more expensive (starting at £399) 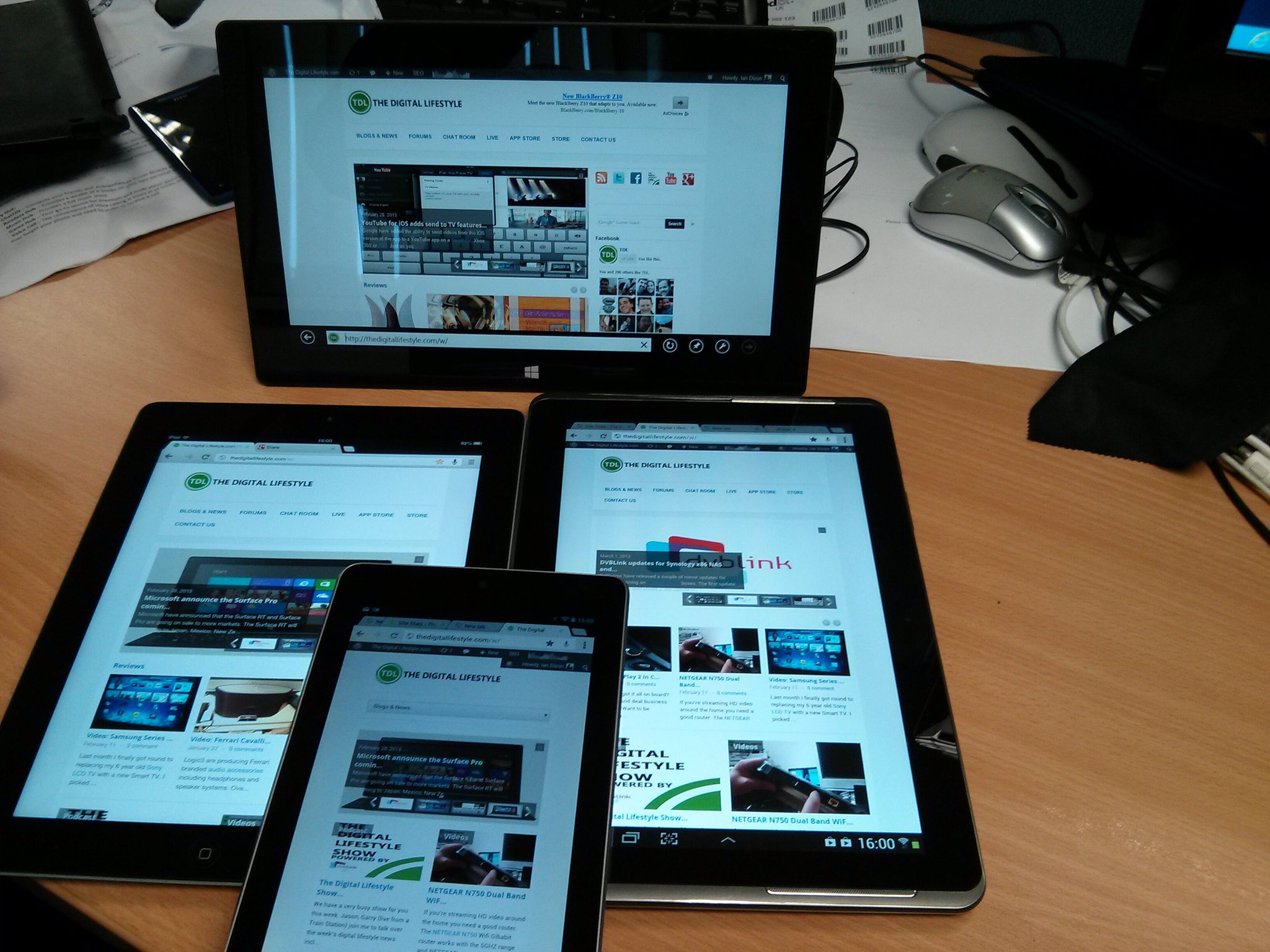 So overall I like the Samsung Galaxy Galaxy Tab 10.1, if I wanted a 10 inch tablet the price makes it very competitive against the iPad. It does feel cheaper than the iPad but that’s because it is. Also your invested in the Android (or Samsung) ecosystem it makes sense over the iPad. Its main competition would be the Nexus 10 which is about £100 more expensive than the Tab 10.1

Here is my video review of the Samsung Galaxy Tab 10.1