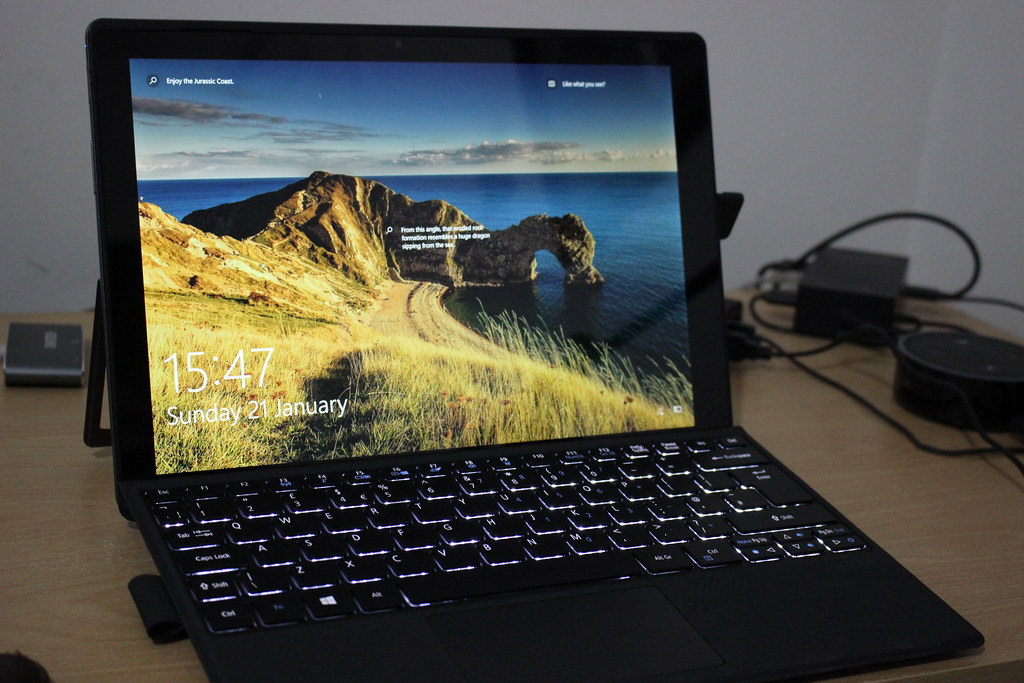 Since Microsoft introduced the Surface range we have seen OEMs step up and compete directly with Microsoft’s devices. The Acer Switch 5 is a direct answer to the Surface Pro range with a detachable keyboard, kick stand, pen and convertible form factor. 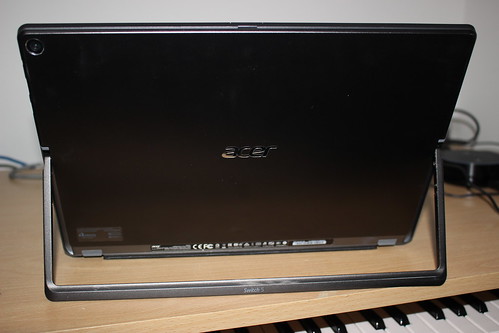 There is no doubt that the Switch 5 looks like the Surface Pro but there are some differences other than the price which I will come to later. It’s not as an elegant design as the Surface and is slightly thicker but it still has a premium feel to it. The kickstand has a different design with a sprung hinge which enable the screen to go from near vertical to near flat. The keyboard clips to the tablet via magnets and raise up so it’s not flat on the desk. This gives it a slight angle that makes it a lot more combatable when typing.

The keyboard action is solid and there isn’t too much squash when typing. There is also a good sized trackpad that supports multi-touch gestures. On the keyboard there is a pen loop to store the active pen. The pen supports 1024 pressure levels and works great for drawing or notetaking.

I liked using the Switch 5 in tablet mode without the keyboard and taking notes in meetings using the pen and Onenote. 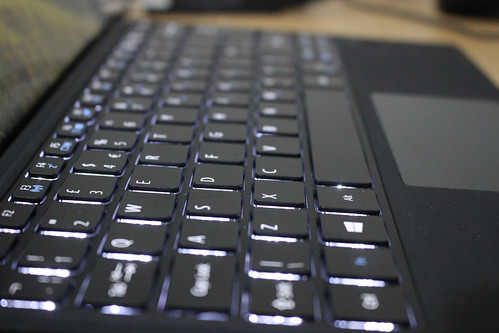 The model I was sent to review has an i5-7200 CPU, 8GB RAM, 256 GB SDD. During my playing around with the Switch 5 I found it fast and quick to switch from task to task. I have an i5 Surface Pro 4 which only has 4GB of RAM and I found the Switch quicker and smoother than the Surface which is probably down to the extra RAM. It works great for productivity tasks, note taking, web browsing and even light gaming and video editing.

The screen is 2160 x 1440 and is glossy with good colour reproduction. I know some people don’t like glossy screens but I do and I like the screen on the Switch 5. It’s sharp and and has a good brightness range. It’s slightly lower spec than the equivalent (and more expensive) Surface Pro but overall it’s a good screen. The Switch 5 has a USB 3.0 port and USB C (something that the Surface Pro doesn’t have).

The Acer Switch 5 with i5 processor comes in at £935 (on Amazon) which for the equivalent priced Surface Pro would be £1179 (prices from Microsoft) then factor in a Surface keyboard (£149) and pen (£99) and then you are up to £1,428.98. So you are talking over £500 difference. The screen on the Surface Pro is sharper and has higher resolution, it also has a more elegant design and better battery life. There is Windows Hello and there is the Surface ecosystem to consider so which device is best is down to your own needs and budget. Another thing to think about is that the Surface Pro comes with Windows 10 Pro whereas the Acer Switch 5 comes with Windows 10 Home.

Here is my look at the Acer Switch 5 and I also put it side by side with my Surface Pro and if you are interested in the Surface Laptop checkout my look from last week.