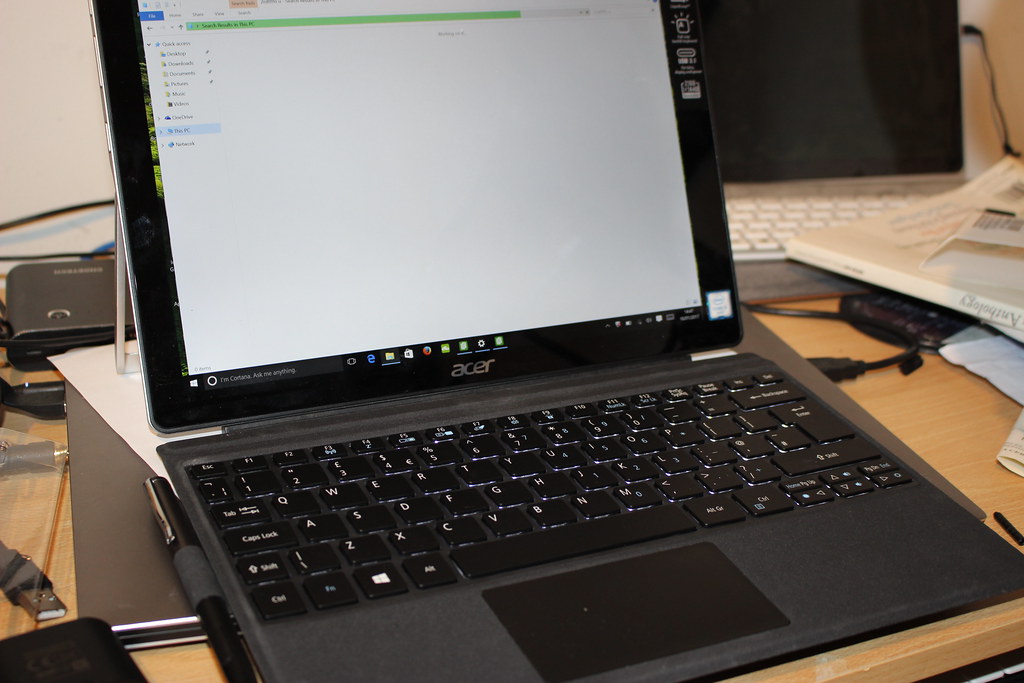 The Acer Switch Alpha 12 is two in one convertible very much in the style of a Surface Pro 4 but with a difference and that is mainly the price. At first glance the Alpha 12 looks very much like a Surface Pro 4 but it actually has some nice touches that improve on Microsoft’s design. Its light (0.9kg) and has a nice premium feel thanks to the aluminium edging.

The kickstand pulls out of the back and goes from a 90% right down to almost flat, so you can place it like in the style of a drawing board. It also has a rubberised coating on the stand so it doesn’t slip when using it and it doesn’t scratch your desk but it doesn’t sit as flat as the Surface kickstand. 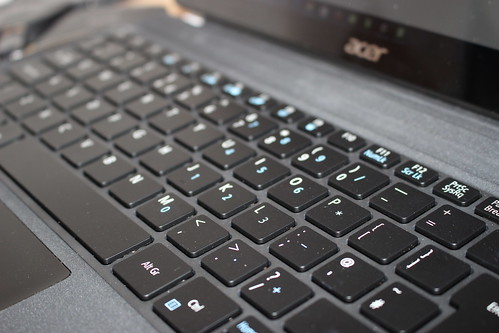 The keyboard has a magnet clip that snaps on to the tablet with a very satisfying click. The soft covering makes a nice cover when close the tablet and feels good in the hand. I found the keyboard has a small amount of travel is nice and firm so doesn’t “squash” when typing. I can type on it as fast as I can on any of my Surface keyboards. The precision trackpad is a good size and it support multi-touch and gestures, I am a fan of precision trackpads due to the many configuration options in Windows 10. Windows detects when the keyboard is removed and puts the Acer into tablet mode and then it puts it back into laptop mode when the keyboard is reconnected.

The screen is bright and with a 2160 x 1440 resolution it looks really clear and sharp. It is glossy and a little reflective but I like the look of reflective screens rather than some of the dull screens I have test recent. As it’s a tablet it is obviously a touch screen and it has 10 point multi-touch. It comes with a very smart active pen which support 1024 levels of sensitivity and it moves nicely along the screen. There is a right click, an eraser button and then pen looks much more like a tradition pen than many other pens that come with tablets. Oh and there is a built into pen holder on the keyboard. 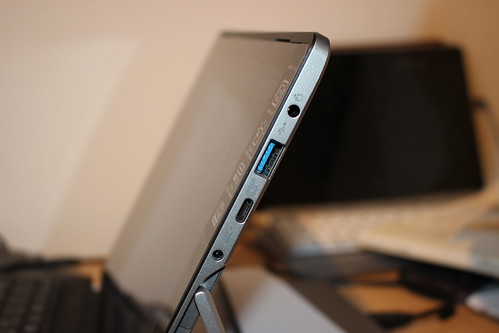 For connectivity there is a USB 3 port, USB C port and a microSD card slot (under the kick stand). There is a Windows key, volume rocker, power button and headphone jack on the side. 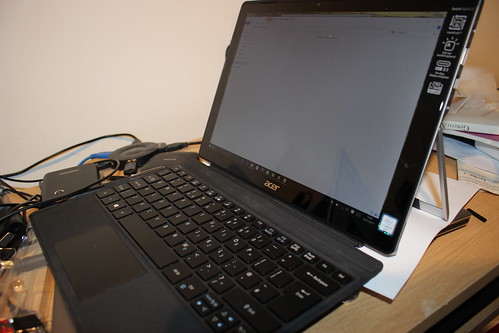 The Alpha 12 I was sent for review comes with an Intel i3 processor, 4GB ram and 128GB SSD drive all which give you reasonable performance. It’s not a gaming rig but it will play Windows Store games without to many problems, I did my usual Minecraft test and the Alpha 12 performed very well. There is no fan and it didn’t seem to get to hot. It should cope well with office tasks and web browsing, you should be able to edit videos on it but rendering it may take some time. The SSD drive really helps with the responsiveness when switching task using Microsoft Edge.

When it comes to battery file I found I got about 6 hours, Acer say it should be around 8 hours.

The real plus point of the Alpha 12 is the price. For £550 (on Amazon) you get the i3 model with the keyboard and pen included. The equivalent Surface Pro 4 starts at £700 without the keyboard. So the Acer tablet fills the gap left behind by the no-pro version of the Surface 3.Overall I love this form factor and the Acer Switch Alpha 12 is great example of a convertible tablet. You get the pen and keyboard included and it costs less than the Surface Pro 4.

Here is my hands on video when take a look at the Acer Switch Alpha 12: