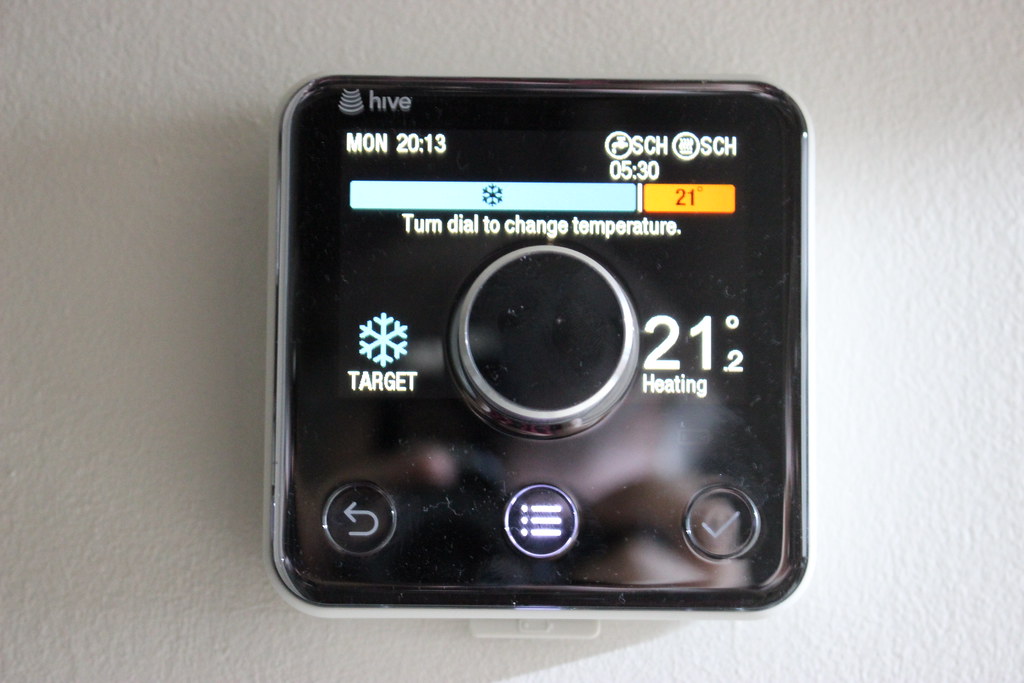 In the last part of my smart home series (see part 1 and part 2) I looked at control lights and smart plugs with Amazon Alexa and in this this post I am going to look at smart heating.

Unlike controlling lighting which was relatively simple to setup, controlling heating is a more complex issue. My setup was hot water and heating system controlled by an old digital timer and an old (and broken) thermostat. 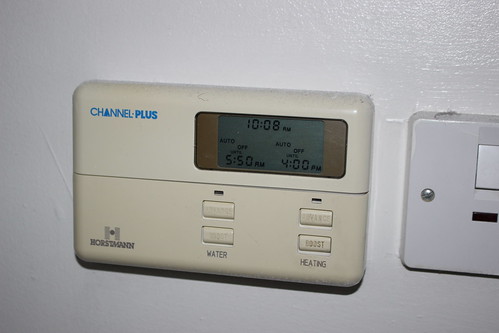 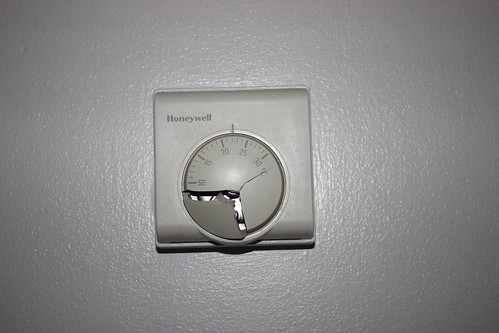 These are wired in to the house with mains wiring and while I am happy swapping out light switching and plug sockets rewiring boiler systems is not for me. So my requirement was for a system that could be installed by a professional.

There are a lot of smart heating systems on the market but going back to my requirements of simplicity and ease of use for the rest of the family I decided to go with Hive. Hive can be purchased as a self-install package or installed by British Gas and I decided to let the experts do the job went with a British Gas install.

To get Hive you go on to Hive’s website and order a complete system which contains the controller unit, thermostat and bridge. The bridge is needed to link Hive devices to the internet so you can control them outside the home, if you already have a Hive bridge then you can save some money, I didn’t so I ordered a starter system. When you complete the purchase you select an installation window which seem to be either between 9am and 1pm or 2pm till 6pm.

So a couple of weeks later a British Gas engineer arrived with the kit and made a start with the install. The engineer removed the old components and about an hour later the system was up and running.

Hive consists of a controller that switches off your hot water and heating, a wireless thermostat controller and the internet bridge. One of the reasons I picked Hive is that is can be completely operated by the control unit without an internet connection but you can also control it from an iOS, Android, Windows app or via a web browser (plus Amazon Alexa). 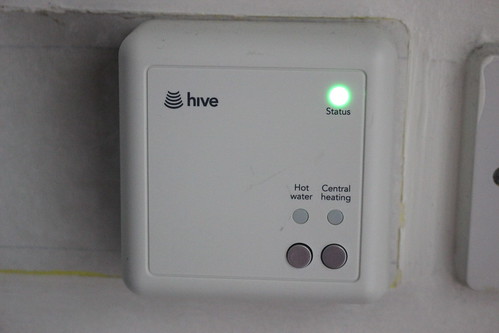 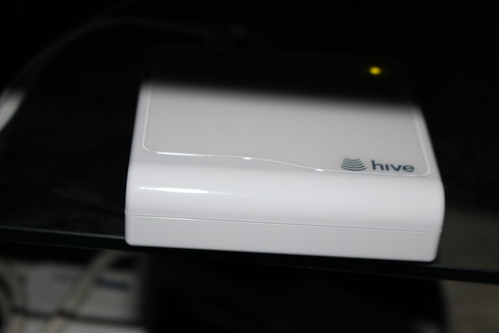 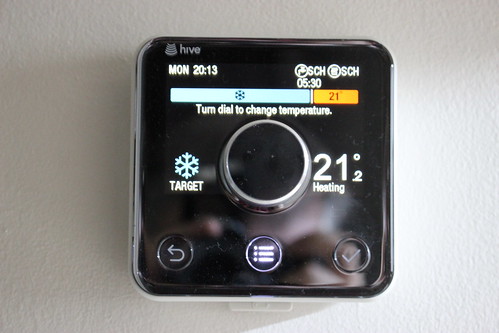 The wall mounted controller is an elegant looking device finished with a reflective aluminium look. From the controller you can setup schedules to control the hot water and heating, you can also manually control the system and set the required temperature. It is really easy to boost the heating or the water from the controller. So even without using the “smart” features Hive is a really impressive and easy to use system.

When you order Hive you create a user account which is then linked to your Hive Bridge, this means you can control your system from the Hive website, iOS, Android or Window Phone app (yes a Windows Phone app!). The apps and web site give you complete control over the system including setting up schedules.

Scheduling is very flexible with Hive. You can a different schedule for each day of the week and as many on/off slots as you want on each day. My system only had one reoccurring schedule with 4 time slots so the heating came on at the same time everyday which was set at 5:30am which is fine for the week days when I leave at 7:30AM but less so at the weekends where the house had cooled down by the time I get up. Who has the same schedule 7 days a week?

So the new scheduling means the house is warm when I get up for work and also when I get up a little later at the weekend, I have optimised it for the way we want it as a family. Using the website you can see a visual representation of the temperature for each day so I have been able to optimise when the heating goes on and off. It is really interesting to see how long it takes to warm up and then how long the house retains the heat. One feature I would like to see that it can’t do is export the temperature data, I would love to be able to analyse a week’s worth of data and maybe compare data over a period of time. 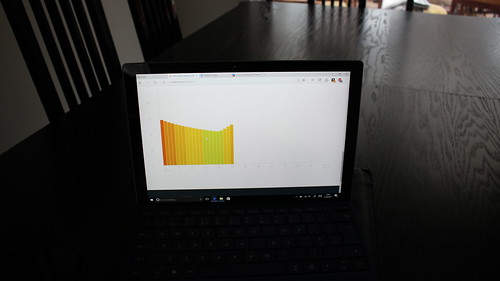 The apps and the web site work outside of your network so you can boost heating or water from wherever you want, you can see the current temperature in your home and even edit your schedule. I like the ability to boost the heating from the sofa.

One of my objectives with smart heating was to be able to control it from Amazon Alexa and Hive has a couple of skills that enable this. You link your Hive account via the skill in Alexa and then you can control the heating by saying “Alexa, increase the heating” or “Alexa, set my heating to 20 degrees”. There are two skills for Alexa, one for controlling the temperature and Hive smart plugs and one for sending instructions like “Alexa, tell Hive to boost the heating”. I am not sure why there has to be two skills.

What I would really like to see is a skill where you could say “Alexa, what temperature is it?” and then you could say “increase it by 2 degrees” but that isn’t available at the moment.

Hive also works with IFTTT (If This Then That) so you can create your own applets to control the heating. For example you could have a geolocation applet that could turn on your heating when you leave the location or set it up to turn on your heating if the outside temperature drops below 10 degrees c. There is a lot you can do with IFTTT recipes and in a future post I will look at some of the interesting smart home tasks you can do with apps like IFTTT and Strigify.

So after two weeks living with Hive I have been really impressed with how easy it is to use and how well it works. All my family are happy using it and through optimising the scheduling I have a warmer and more efficient home. The cost for a single zone install with installation is £249 from British Gas you can buy a self-install kit for £179 from Amazon.

In the next part of my series I will have a look at security and some interesting apps that can expand your system.