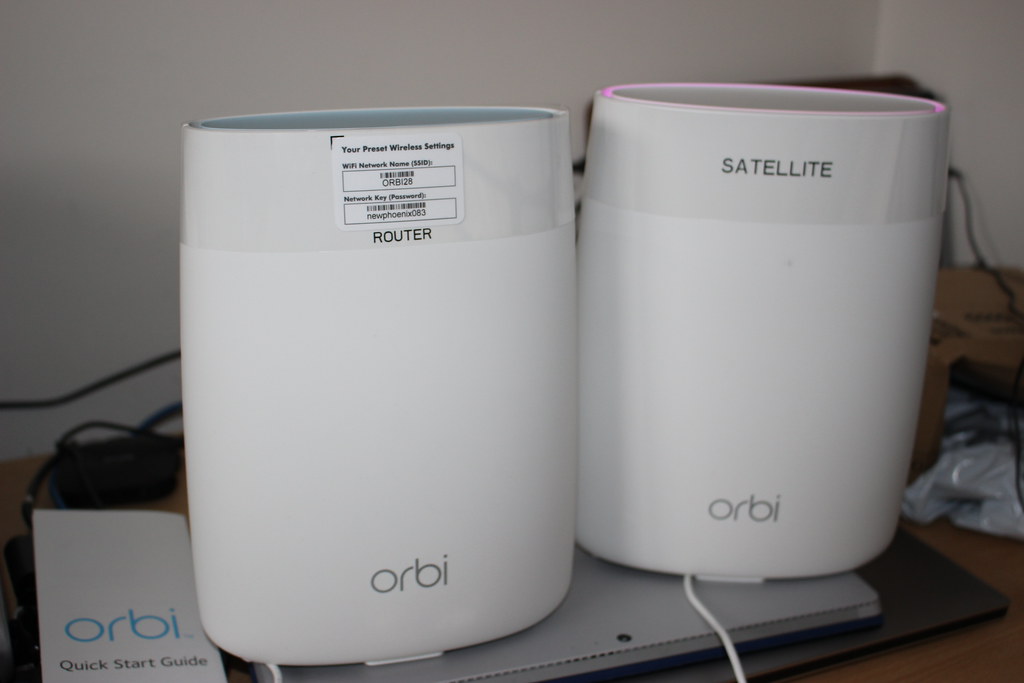 Orbi is Netgear’s Tri-Band Mesh home Wifi networking system. It certainly is no normal WiFi access point or router, it is actually a pair of devices one you use as a router/access point and the other one as an extender creating a mesh network for your home or office. The two devices pair up to create a single mesh network that means all your devices connect to one fast network (with 4,000 square feet of coverage). It supports Tri-Band WiFi, MU-MIMO, beamforming and 3 Gigabit Ethernet ports plus one USB 2.0 port. 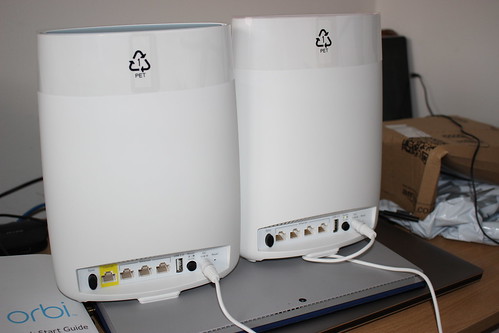 Netgear say that it’s easy to setup which as you can see in the video it is pretty straight forward. Netgear say that Orbi works with your existing ISP’s modem to maximize your network throughput and as you can see in my video the Orbi is fast, it is certainly is faster than my other routers at home even the one provided by my ISP. Also the range is larger than any of my other devices and I had no dead spots at all.

Included in the box is the Orbi Router, Orbi Satellite, powered adapters and Ethernet cables. Getting setup is simple you just plug the router in and then connect to it via a phone, tablet or laptop. It then walks you through setting up the network. Once up and running you setup the Satellite which is really simple, you press a pairing button on the router and then one on the satellite and then the units connect and you are ready to go. 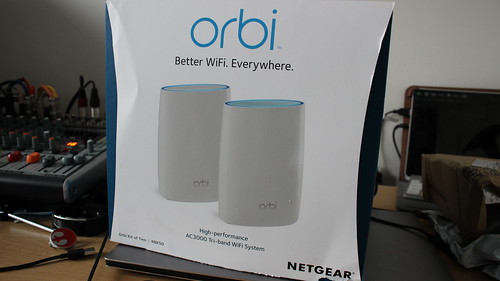 In this video I unbox the system, set it up in my home and then see what speeds I can get out of it. Also take a look at some of the system settings and some of the advanced features.

Orbi is not cheap, it’s priced around £370 on Amazon so this is no cheap router and extender. This is a premium fast mesh network with a large coverage area and high performance networking, if you are suffering from dead zones and slow WiFi then you should consider this system.

Here is my full review: