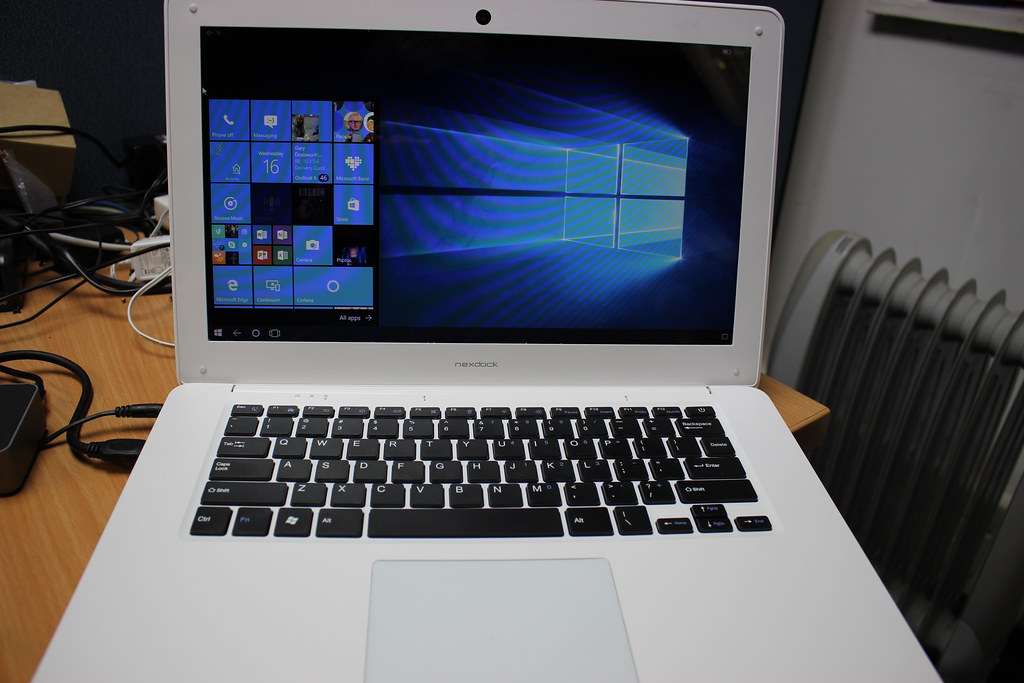 Richard Speed recently reviewed the NexDock which is device that looks like a laptop but is actually a display with Bluetooth keyboard so you can use it with other devices, here is how Richard described it:

To recap, the NexDock is a laptop with all the computing guts removed, leaving just a battery, video adaptor, Bluetooth keyboard and mouse and a few ports. The vision is that you connect a Windows Phone to it and get a desktop-like experience through Continuum. You can also connect other devices to it, such as a tablet or smartphone and make use of the keyboard and screen where supported.

Richard tested it with a Windows tablet (with mixed results) and a Raspberry Pi (with better results) and he has sent it up to me so I can review with a Lumia 950 XL. The 950 supports Continuum which is ideal for the NexDock. Continuum enables a phone like the 950 XL to use the NexDock’s display as a 2nd screen so using this along with the NexDock’s keyboard and trackpad means you get a full laptop experience using your phone as the brains of the system, while still being able to use the phone. So does it turn the device into a true Windows laptop?

I won’t go into the actual NexDock hardware as Richard did a great job with that (see his post) but I will say it feels like a budget laptop, Richard says “imagine if a toy manufacturer had a crack at building a MacBook Air” which is exactly what it feels like. It has 14 inch screen running at 1366 x 768 which is fine for a device like the 950 XL.

In the box you get a mini-HDMI to HDMI adaptor, male-to-male HDMI adaptor and a HDMI to micro-HDMI cable. To use the NexDock with a Lumia 950 you are going to need some extra cables as it doesn’t support USB – C. You need a USB – C to HDMI adaptor which I don’t have but I do have the Lumia Dock (HD-500) which has a HDMI output so I connected my 950 to the dock and then used the supplied HDMI cable from the dock to the NexDock. It uses Bluetooth for keyboard and mouse so no other cables were needed. 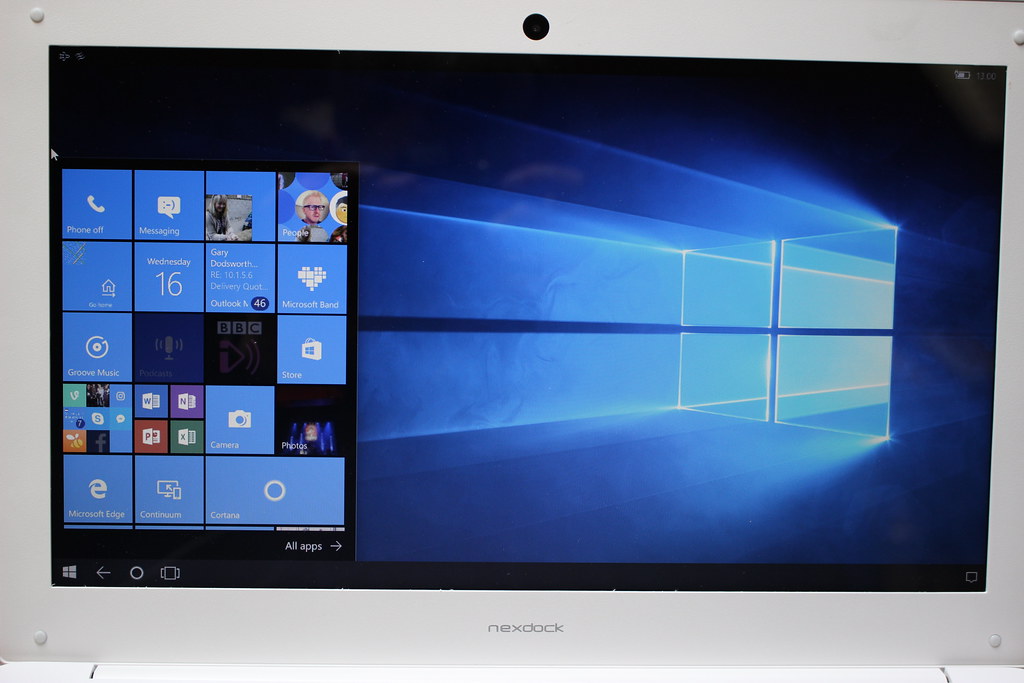 Once connected and paired Windows pops up on the NexDock and you can still use the phone to do other things. You get the normal Windows 10 start experience and the apps run full screen, Microsoft Edge, Outlook, Groove all work just as they do with a traditional Windows laptop. The apps need to be UWP apps so old Windows Phone 8 will not work and don’t expect any Win32 apps to run on it either but most UWP work fine. I tested Netflix, Tweatium and the recently launched Formula One which all worked fine.

Currently you can’t run the apps in a windows so its full screen only but Microsoft are going to address this with an update to Windows 10 Mobile in the future. Does it really turn the phone into a laptop? Well yes you can aside from the full screen issue and the OS feels a little sluggish part of which it seems is down to Bluetooth lag rather than the NexDock, I tried hooking up a mouse to the dock and it was much more responsive. It is just about responsive enough to make it useable and with apps like Edge and Outlook work really well. 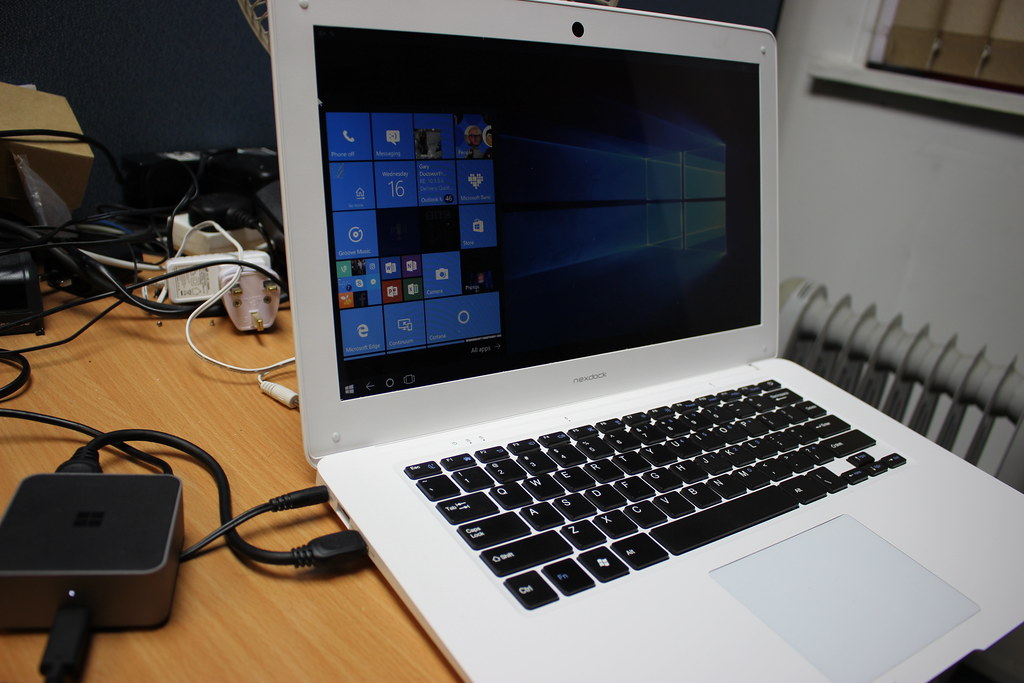 The real question is does the combination of the Lumia 950 XL / Continuum and NexDock replace the need for a laptop? For me not really, yes the dock is cheap at $119 but I would rather go for a budget laptop and a phone. We all know the problems Windows 10 Mobile has so ultimately the setup fails because of the lack of apps for the OS. So for me I can’t really see a good use case for it.

It certainly is an interesting device and maybe a 2nd gen device with a USB – C port would be better so you could have a single cable between the phone and the NexDock. The nice thing about the NexDock is that the HDMI port means you can use it with any device that outputs HDMI, I am going to try it with a Chromecast to see how well it works with Android.

I was going to do a video review but when I came to do the video I found the NexDock would no longer work when on battery and as soon as the Bluetooth connected the NexDock turned off even when plugged in. I think the reason it switches off is that the unit doesn’t have a battery level indicator instead it sends the levels over Bluetooth and so once it is connected it tells the NexDock the battery is flat so it switches off. I suspect there is a problem with the internal battery and it means without being able to connect the Bluetooth the devices is useless. If I get it working again I will record a video. 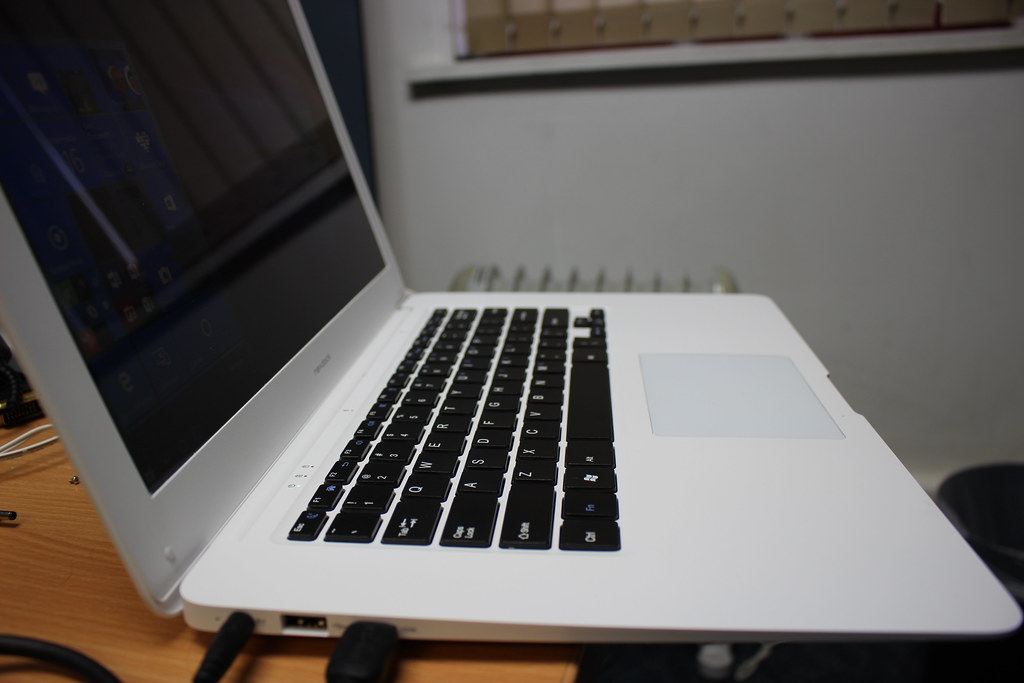