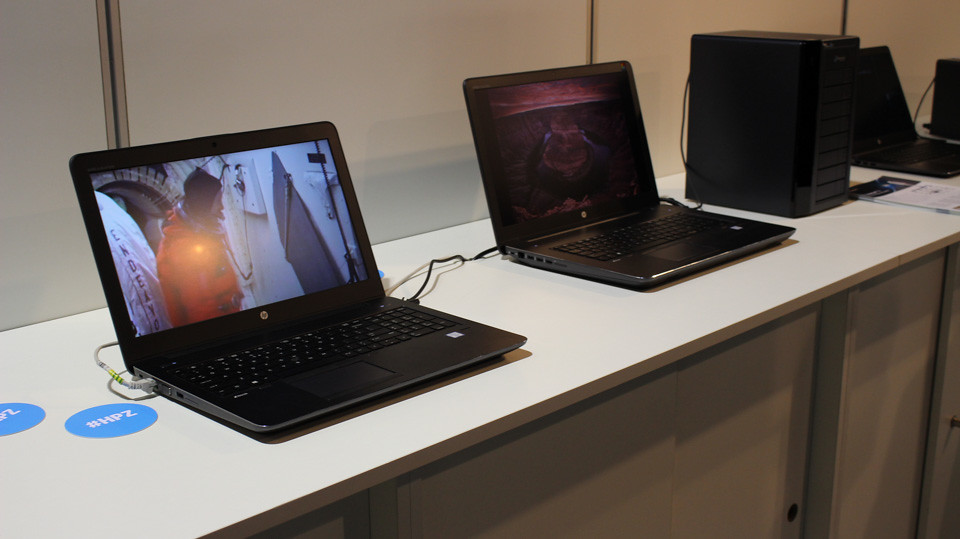 In my 2nd article looking at Thunderbolt 3 (see part one) I am going to look at how HP are using Thunderbolt 3 in their range of notebooks and desktops.

One of the main benefits of benefits of Thunderbolt 3 is that its single USB C port that carries power, USB 3.1, networking and 2 x 4k video streams which means that one port can do it all. When it comes to Notebooks this is critical as modern Ultrabooks don’t have space for multiple ports, in fact the HP Spectre Pro 13 G1 I recently reviewed has three Thunderbolt 3 ports and no other ports which helps keep the laptop thin but with plenty of connectivity options. 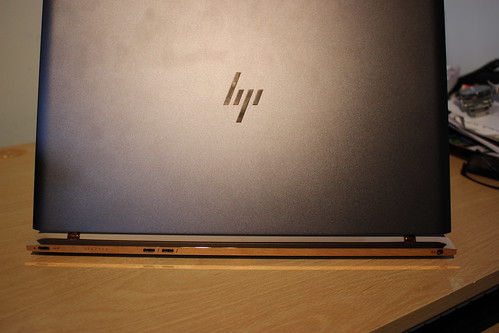 While was at IBC in Amsterdam I talked to HP about how they were adding Thunderbolt 3 to their range of desktops and laptops. The first device they showed me was the Intel i7 enabled ZBook workstation which is a quad core enabled workstation designed for demanding tasks like CAD work, photo and video editing. Using Thunderbolt 3 you can connect up devices like fast external storage or external monitors. The ZBook comes with two Thunderbolt 3 ports for connecting multiple devices at once. So you could have your photos stored on a fast external storage device and edited from the laptop without having to copy them locally. 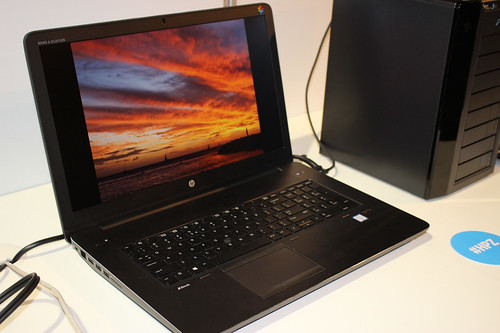 A nice peripheral that HP offers is a Zbook Dock with Thunderbolt 3. The dock has 4 USB 3 ports, 2 DisplayPort, 1 VGA port, Ethernet port, microphone / headphone jack, Kensington lock, Thunderbolt port and a Thunderbolt / power cable. The idea being you can use a single cable from the dock to the laptop which also powers the laptop and then you can connect up multiple monitors, keyboard mouse, external storage and Ethernet. This is much like many other laptop docks but this isn’t tied to one particular model, it will work with any Thunderbolt 3 laptop. It’s light enough to take with you in your laptop bag and uses the laptops power supply.

HP where using one connected up to a 34 inch ultra-wide monitor, network and a 2nd display. 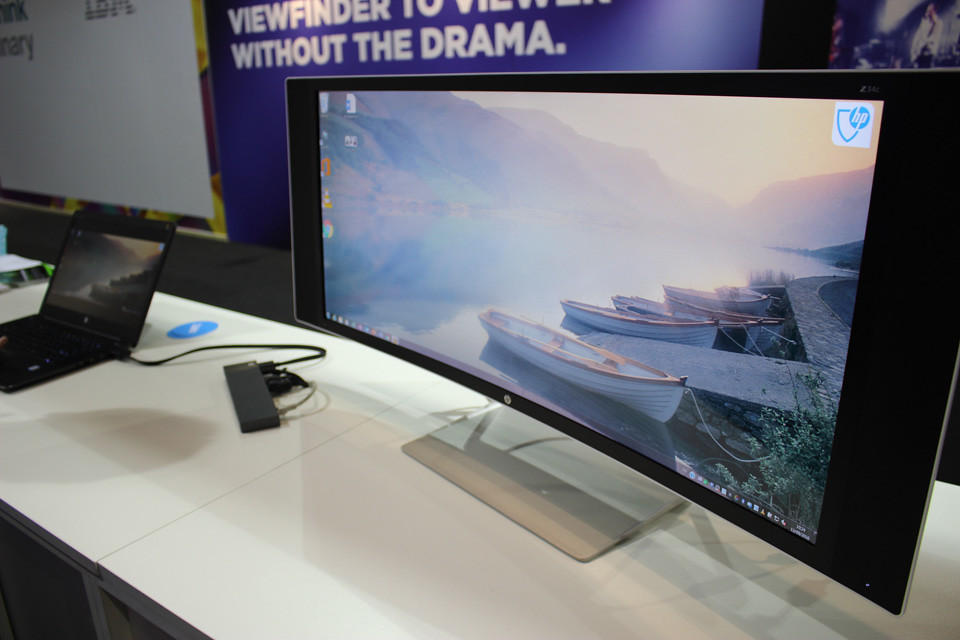 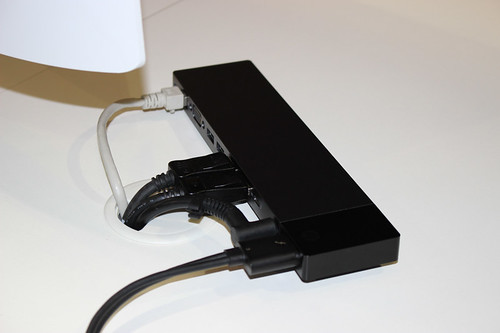 They also showed me their desktop class laptops which have a 4k display driven by an NVidia Quarto graphics chip. It was connected to a 8 drive bay storage device via a single Thunderbolt 3 port. The idea being that these are full desktop workstation replacements for high end video editors or 3d modelling work. HP said that NASA are sending 120 Zbooks to the international space station for high demanding tasks. 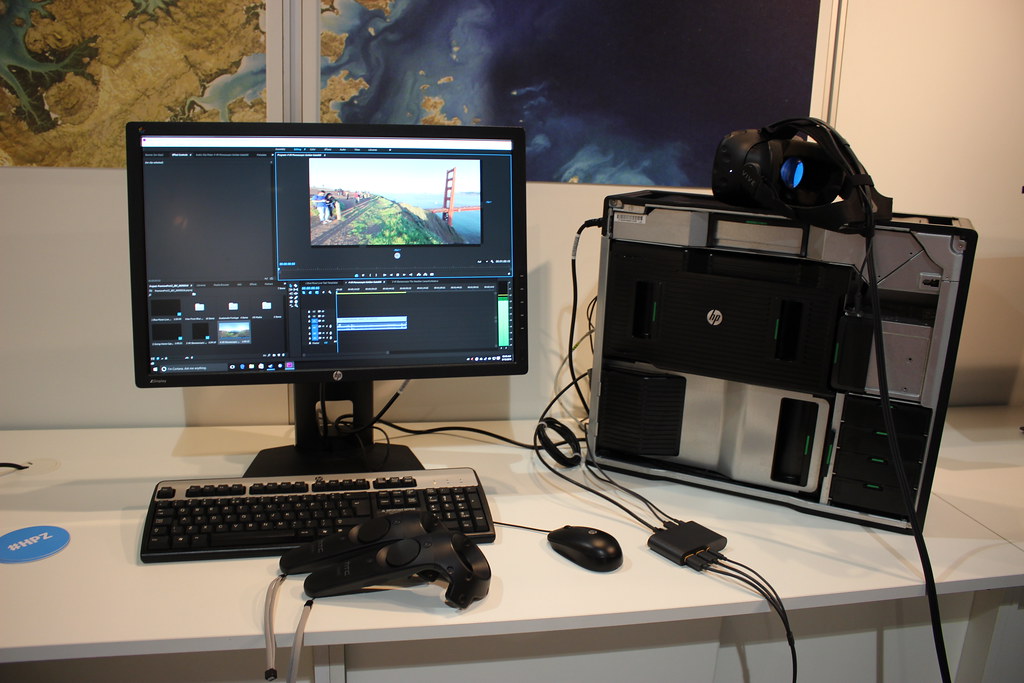 With HP’s desktop systems they showed me the Z840 their real high end Zeon powered PC with 2 x 22 core processors, 2TB of RAM and 22TB of storage for real high end video editing or for Virtual Reality development. The model I was shown was used for animation rendering 6k video files connected up to a Thunderbolt storage array. They also have a Z1 all-in-one with UHD display, Zeon processor and 2 x Thunderbolt 3 ports which is often used in newsrooms for video editing of content before transmission.

You can find out more information on HP’s workstations here

The common theme seemed to be with Thunderbolt 3 you can easily expand notebooks and laptops, no need for specific docking stations. It also seems to reduce the need for a dedicated desktop PCs with PCIe expansions and in my next couple of post I will look at the devices you can connect via Thunderbolt 3 and how OEMs are creating Thunderbolt 3 expansion systems.
Here is my video review of the HP Spectre Pro 13: