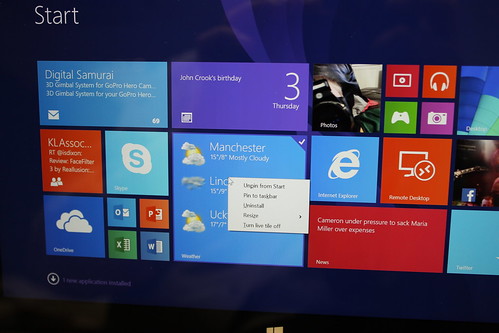 With Windows 10 Microsoft switched to rollup updates so you only had to get the latest update when setting a new machine up whereas the situation with Windows 7 and 8.1 is much more complex with gigabytes of separate updates which is easy to get into a mess with when working on multiple systems. Even using Windows Server Update Services it is currently a complex process managing multiple patches.

From October 2016 Microsoft are switching to monthly rollups for Windows 7 and Windows 8.1 so there will be a single monthly rollout that includes security and reliability issues in one package. Each month’s rollup will replace the previous month’s rollup.

From October 2016 onwards, Windows will release a single Monthly Rollup that addresses both security issues and reliability issues in a single update. The Monthly Rollup will be published to Windows Update (WU), WSUS, SCCM, and the Microsoft Update Catalog. Each month’s rollup will supersede the previous month’s rollup, so there will always be only one update required for your Windows PCs to get current. i.e. a Monthly Rollup in October 2016 will include all updates for October, while November 2016 will include October and November updates, and so on. Devices that have this rollup installed from Windows Update or WSUS will utilize express packages, keeping the monthly download size small.

It should make managing Windows 7 and Windows 8.1 devices much easier. More details on Microsoft’s Technet Forum.