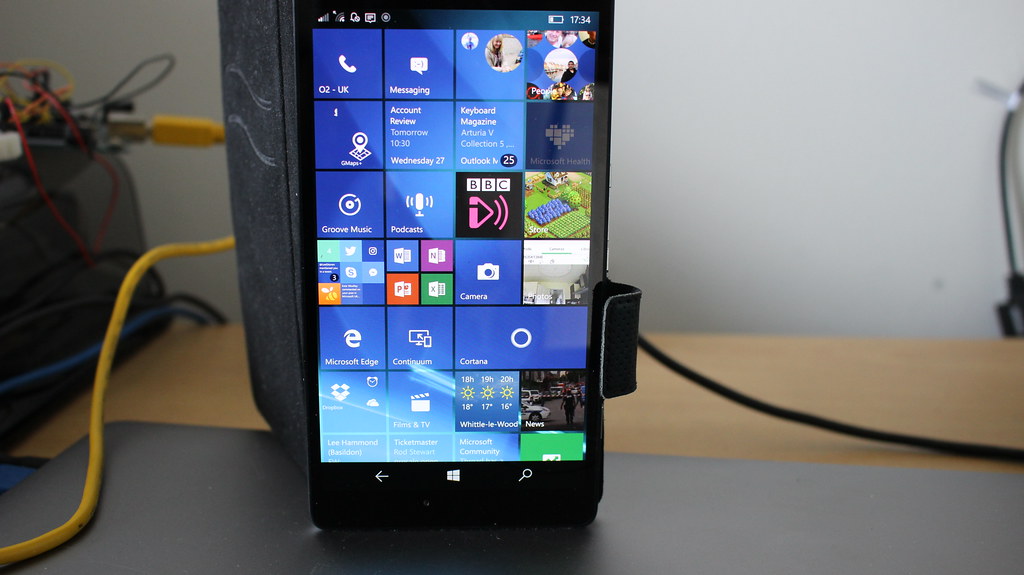 August 2nd Microsoft release the first big update to Windows 10 Anniversary Update which should be rolling out for mobile as well. It is actually the biggest update to Windows 10 Mobile since it launched last year. On the PC side there are plenty of changes (see my review) and on mobile these are less changes, many of the updates apply to both PC and mobile. So what’s new?

Also with Action Center you can now drag and drop to re-arrange the buttons (via settings) so you can arrange them however you want.

The Windows Store has been updated with a new look, there is a lot more information with each app. There is also a new app information screen showing what builds of the OS are support and what platforms it runs on. There is also a Recent Activity view which shows app updates including when they were updates and build number, very handy if you have automatic updates switched on.

Cortana has had a few enhancements, you can now share items with Cortana and she will create a reminder for you. So you could share a picture and set Cortana to remind you at either a time, place or when a person contacts you. It works with any app that supports the built in Windows sharing system. Cortana can also push notifications to a Windows 10 PC so you get missed call alerts, low battery details and app notifications on your PC. This is one my favourite features of the new build.

Microsoft Edge has been some minor improvements. You can now swipe back and forward between web pages and pages should render better, unfortunately there are no Extensions for Microsoft Edge like there are on the PC and it looks like that isn’t going to happen soon.

How to get the Windows 10 Mobile Anniversary Update

When it comes to getting the PC update things are nice and simple, just check for new updates once the update has been released and it will start downloading. On the phone things are not so simple, updates are approved by phone carriers so a Lumia 950 may be eligible for the update but until my carrier O2 in the UK approve it I wouldn’t get the update (Installing the Windows Insiders app gets around this problem). So when you get update depends on your phone carrier.

Also you need to have one of the supported devices. Microsoft have said that phones with 512MB of RAM will not get the update. You can see which devices are supported at the end of this post.

Overall the update is worth having even if it is just for Action Center. It’s not as significant as the PC update but worth having. I can’t say I have seen any difference with battery life but I have found Bluetooth in the car slightly more reliable.

Here is my video overview:

Here is the official list of supported phone for Windows 10 Mobile Insider builds: