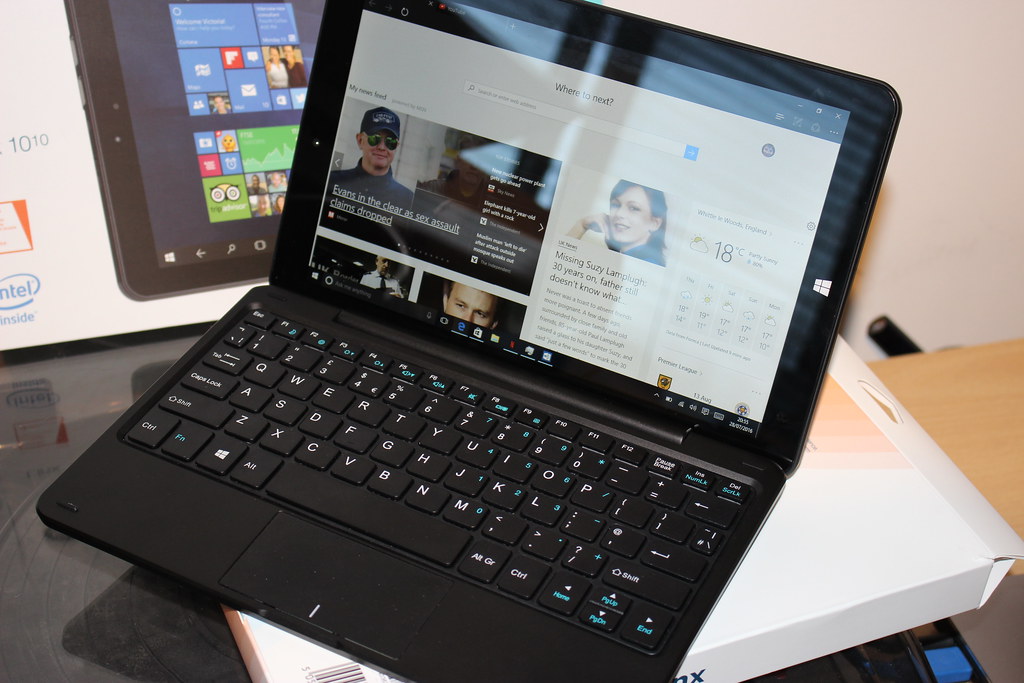 I have reviewed some really good Windows devices like the Dell XPS 15, Surface Pro 4 and Lenovo X1 but these are premium devices and there are actually good budget devices available. One of them is the Linx 1010B a 10.2 inch Windows 10 two in one. The Linx 1010B costs £139 (on Amazon) and comes with bundled keyboard making it a very attractive little package. For that price the specs are basic: Intel Atom Z3735F quad core processor, 2GB RAM and 32GB storage and 10.1 inch screen running 1280×800. Despite the low resolution it is actually has a pretty nice screen, it is clear and looks good playing videos.

So with the basic specs you are not going to be using it for major video editing projects or Visual Studio development but for the basics like web browsing, email and Facebook the tablet performs really well. It’s fast navigating around Windows, it opens apps like Microsoft Edge without any lag and switching between apps is quick. It runs basic Windows Store games like Minecraft without any problems, and it doesn’t get to hot while playing. 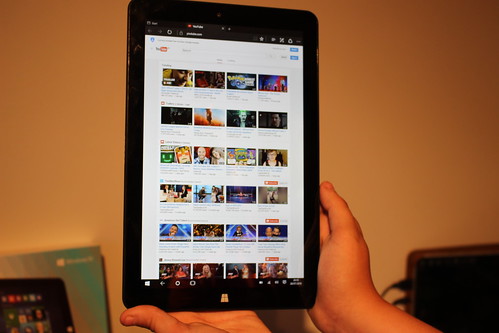 It works really was a tablet, it has a soft plastic back that feels good to hold and it supports auto switching between tablet and PC when you connect or disconnect the keyboard. The tablet clips into the keyboard where you can use it as a traditional laptop. The keyboard seems to be weighted so the tablet doesn’t tip over when you use the touch screen. They keyboard is actually pretty good, the keys are small without a lot of travel but they are comfortable to type on and the trackpad works well. 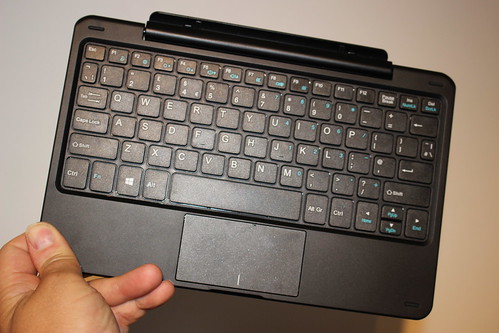 Having the Atom processor means you get good battery life, I found around 8 hours between charges and then a couple of hours to charge it up from flat.

The tablet has two USB 3 ports, MicroHDMI, MicroUSB for power, headphone and a MicroSD card slot. As it only ships with 32GB storage having the option of a SD card means you can expand the storage and put on movies, pictures or music on the card. It also have a volume rocker, power button and a rear facing camera. 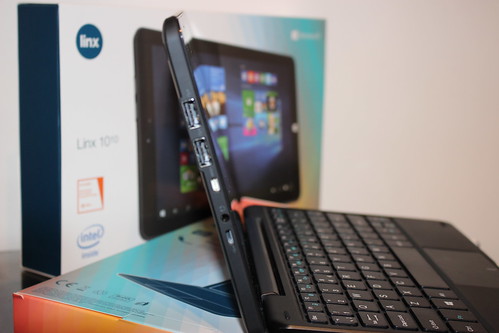 One thing I didn’t like was the very cheap USB power adapter, it virtual fell apart in my hands. I have plenty of other chargers so this one will probably be going in the bin. One of my other issues with it is that the wifi range seemed a little low, sometimes it wouldn’t pickup my wifi while other devices would but move a little closer to the access point it was fine.

For £139 you get a great 10 inch tablet complete with keyboard that turns it into a laptop. It runs Windows 10 so you can install what you like on it, Microsoft Office, Chrome, iTunes or whatever you want. If you are looking for a small and cheap little tablet this is one worth looking at. Thanks to my 14 year old son for the loan of this tablet while I review it.