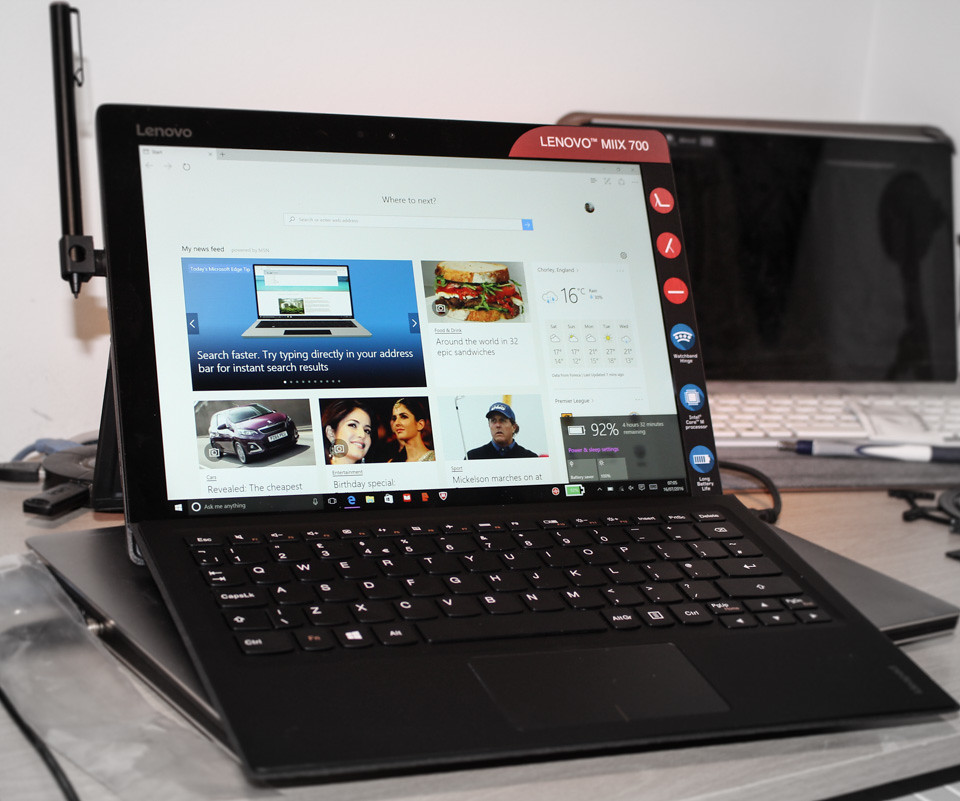 Two in one Tablets seem to be a form factor that has really taken with consumers and business, a category of device that Microsoft has defined with the Surface Pro. The influence of the Surface has been seen with many devices including the Lenovo X1 and this Lenovo MIIX 700 which I am reviewing today.

The MIIX 700 is less expensive than the X1 and is aimed more as a high end consumer device whereas the X1 is a business device. 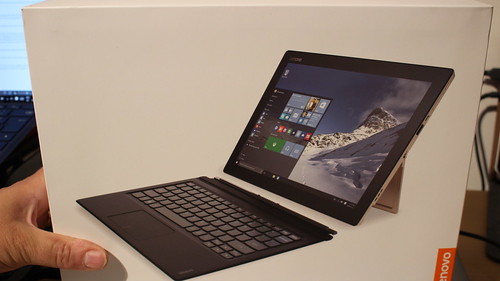 The MIIX 700 is a 12 inch two in one tablet with a detectable keyboard which doubles up as a cover (like the Surface) and has a kickstand that comes out from the middle of the device (also like the Surface). The keyboard magnetically attaches to the 700 and then clips upwards to the tablet raising it slightly for comfortable typing. The kick stand is really solid and uses a watchband hinge mechanism that keeps it from moving when it is not supposed to do. The design works very well and the MIIX doesn’t topple over when using the touchscreen, plus you can angle the screen from almost vertical to almost flat. 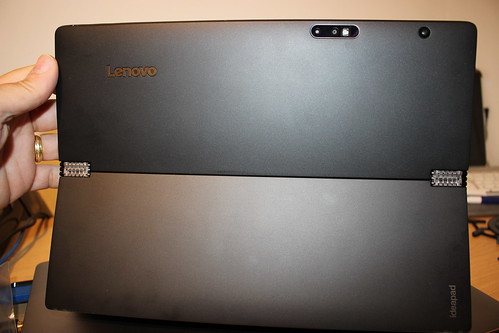 The review model I have has an Intel m5 processor, 4GB RAM, 12 inch screen with a 128GB SSD drive. It comes with a keyboard/cover in the box which is something many other devices don’t do plus it comes with an active pen.

First let’s look at the tablet. The Intel m5 processor with 4GB of ram makes the tablet a very smooth experience so apps like Excel, Word and Photoshop work really well. the m5 is a mobile processor so it isn’t as fast at processor intensive tasks like video editing as the i7 enabled X1 or Surface Pro 4. What it gain is better battery life, 5 hours with the X1 but with the MIIX 700 I was got around 7 hours consistently (Lenovo say 9 hours) plus it is fanless so no fan hissing sound like my Surface Pro 3! It also runs cool and doesn’t seem to get hot even when running taxing apps. So the MIIX 700 strikes a nice balance between power and battery life. 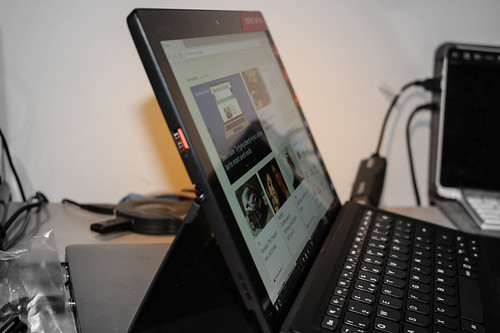 The 12 inch screen runs at 2160 x 1440 with a clear, bright display with good colour reproduction. The bezel is a little larger than other devices I have tested, especially the top bezel which houses a facing 5MP camera and a rear 5MP camera with flash. On the right hand side there is a power button, volume rocker, MicroHDMI and USB port. On the left hand side there is a power port (which looks like a USB 3 port but it’s not) and there is a headphone port on the top. 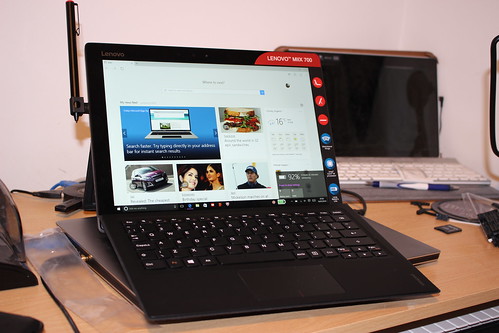 The active pen supplied with the tablet and works great with apps OneNote, the pen supports multiple pressure levels so you have fine control over writing and drawing. I do like using the pen for taking notes with OneNote during meetings, the pen takes a single AAA battery which is supplied. There is also a nice little pen holder that clips in to the USB port.

The keyboard is very much like the Surface Type Cover but with a leather feel back to it, there is a good sized trackpad that supports gestures like two finger scrolling and the keys have a short travel with a positive action. The keyboard is comfortable to type on and there would be no problem using full time.

The MIIX 700 is a very nice two in one, it works well as a tablet and as a laptop. This form factor is my favourite style of device, you get good performance with great portability. You can use it as a tablet or as a laptop. The build quality is excellent and it looks good as well.

There are a few other two in ones around this price range (£790 on Amazon.co.uk) and if you are looking for a two in one this should be on your list to look at. 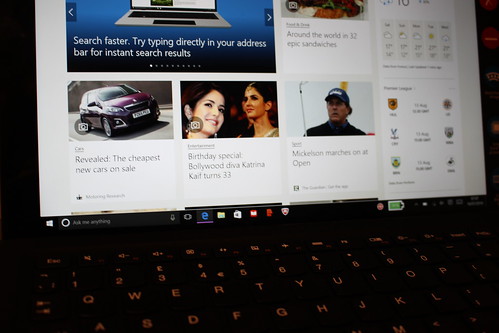 In this video I walk through using the MIIX 700 and take a look at some of its features.