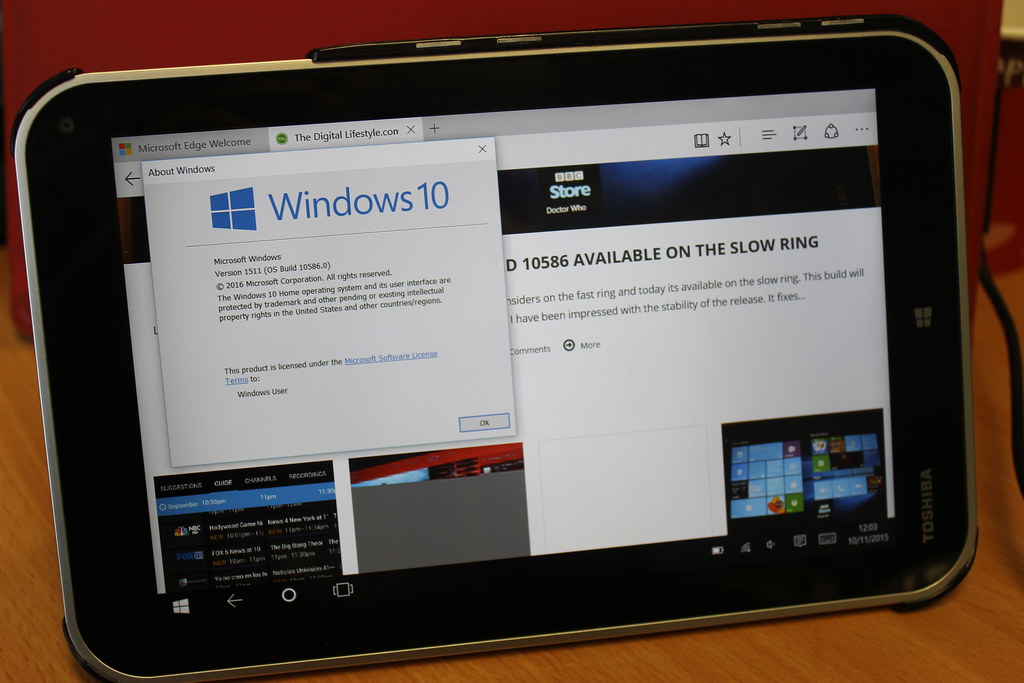 In July Microsoft released the first version of Windows 10 and with the new OS they are promising to release regular updates to Windows which will introduce new features. The first update which was code named Threshold 2 is now called Windows 10 version 1511,10586.

With the start menu you can now have 4 rows of live tiles rather than just 3 which is very welcome on a tablet PC (first introduced in build 10547). There are also additional colour options for the Windows tile bars and you can now have 2048 tiles up from 512. Also new when in tablet mode you can now snap apps to the left and right when you switch apps using Task View, you can see from the video shows how well this works.

Introduced with Threshold 2 are the new modern Skype apps. There is an app for sending Skype messages, one for audio calls and one for Skype video calls. I demonstrated the new Skype apps in this video recorded last month, they work very well and are a big improvement over the old desktop Skype app. Notifications are pushed to Action Center and you can even reply to messages from the toast notification.

There are some big changes in Microsoft Edge the new web browser. Favourites and reading lists are now synced between Windows devices so you can save a favourite on one machine and then open the favourite on another Windows 10 machine running the update. Also in Edge are previews of the tabs when you hover over them with the mouse.

My favourite new feature of Microsoft Edge is DLNA streaming directly from the browser. You can stream audio, pictures and videos that are playing in the browser to a UPnP/DLNA or Miracast receiver. So you can have a Youtube video playing in the browser and send it to a DLNA enabled TV or an app like Windows Media Player. It works just as well with pictures, music and podcasts. I should point out that its not compatible with Chromecast and you need to keep the browser window open but it does work and I managed to get it to work with my TV.

Other uunder the hood changes include improved memory management and memory page compression which is a way that Windows can compress unused pages instead of writing to the disk which should mean Windows feels faster on devices without much physical memory. Another important change is that you can active Windows 10 from a Windows 7,8 or 8.1 product key so you could do a clean install of Windows 10 and use your previous Windows key to activate it.

As you will see in the video Windows 10’s latest update works well, it feels a lot more polished than the RTM release and Edge has some great new features like DLNA Casting. Edge is still missing Extensions and that will probably be in the next update for Windows 10 coded named Redstone which is planned for next year.

Have a look at the updated Windows 10 in action.