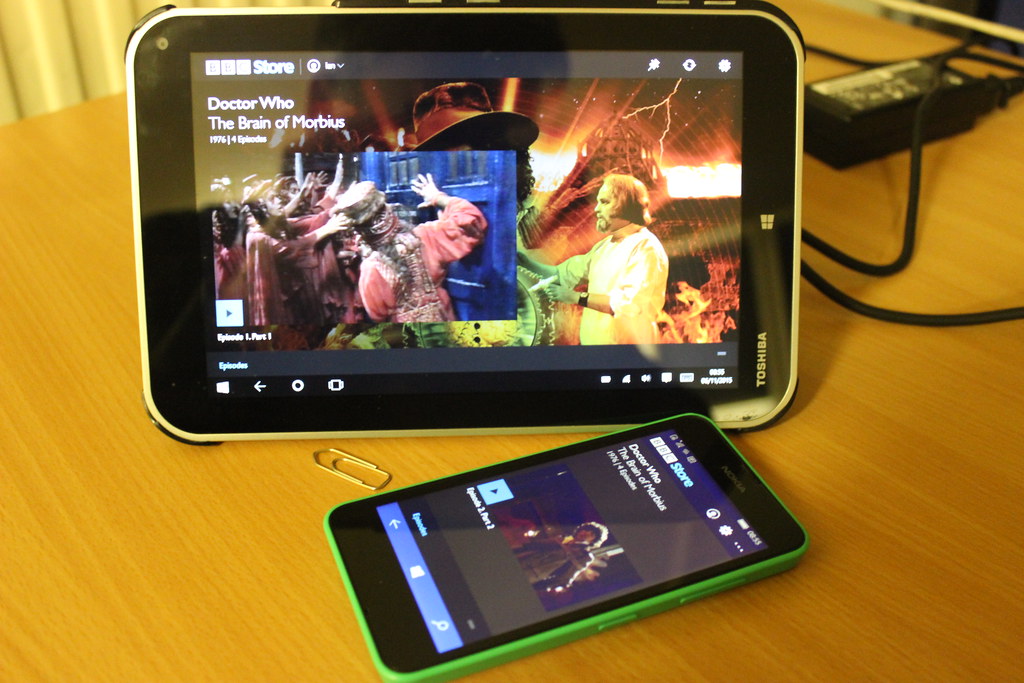 Yesterday the BBC launched a brand new video store for purchasing and streaming BBC movies and TV shows. The service works very well in the browser but what is interesting is that they launched their first app as a Windows 10 universal app so it works on Windows 10 desktops, tablets and phones.

The Windows 10 app supports streaming and downloading for offline playback and works on any Windows 10 devices. In this video I take a look at the Windows app on a tablet and on a phone and see how well it works.

I have to say the developers have a done a great job with the app. I would like to see it remembering where you are up to in a video so you could start on one device and then continue on another, I am sure that this is something that could be added over time. I asked the BBC if they had plans to release the app on the Xbox One and was told “nothing set in stone for an Xbox app at the moment, but never say never”, it should be a simple task as it’s a Windows Universal App. I final wish is that the same development team are working on a BBC iPlayer app for Windows 10.