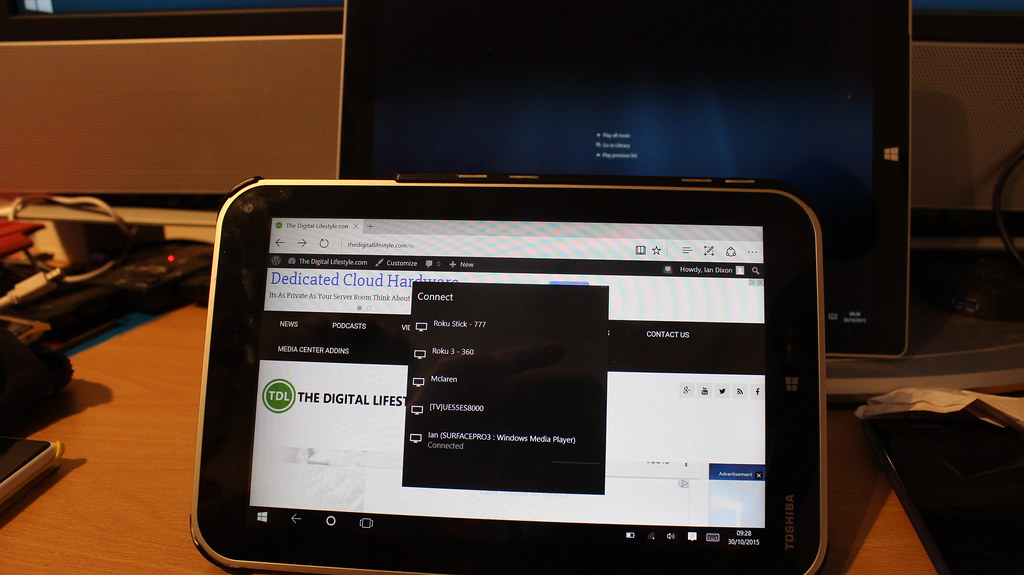 In this video I take a look at the new build of Windows 10 for Windows Insiders. Build 10576 includes an interesting new DLNA feature, well I say new but it actually has been in the last few builds in a very basic pictures only format but now it has new features. With Microsoft Edge you can select Cast to device and then it will stream the pictures, music or video to a DLNA player on your network. As you can see in the video I was able to stream pictures and videos from my tablet to Windows Media Player running on my Surface Pro 3, including videos from YouTube. On web pages with multiple media files it did seem to get a bit confused but on Youtube.com it worked very well. While it’s not a hand off like Chromecast (you have to keep the webpage open) it is a useful function.