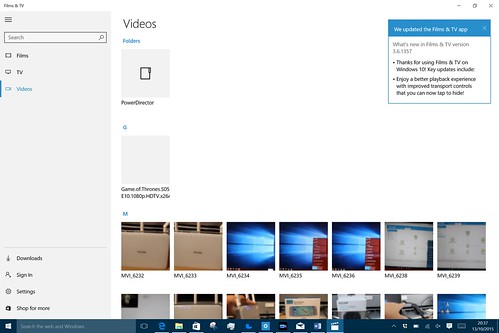 The Windows 10 Movies & TV app (called Film & TV in the UK) and rather than just the usual bug fixes there is a tweak to the UI. When playing a video the transport controls are transparent so they don’t block out the playing video, you can also tap the transport bar and it will fade away rather than you having to wait for it to time out. A nice little update.