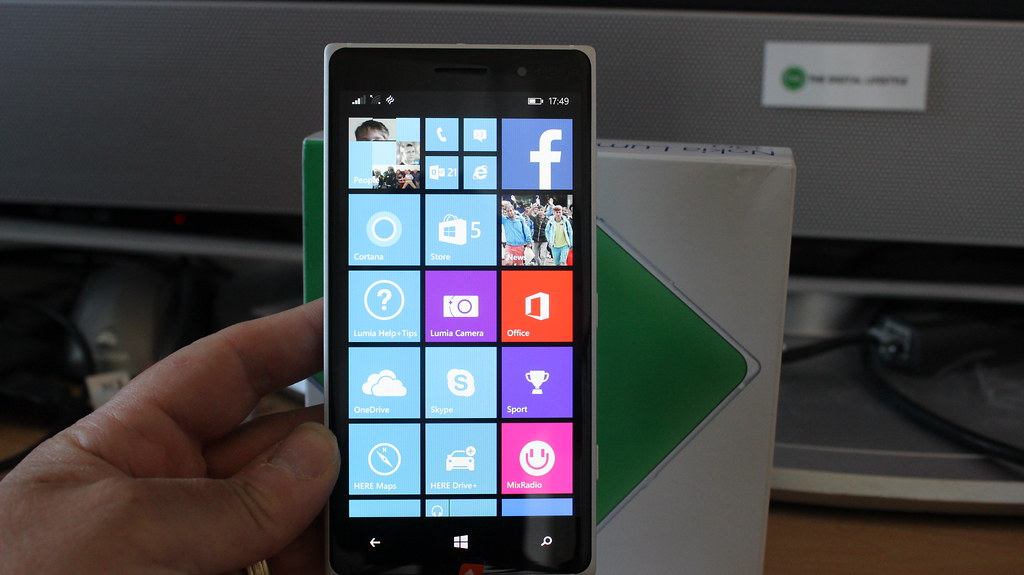 Time for another Lumia review, this one is the Lumia 830 a mid-range Windows Phone. The Lumia 830 feels like a premium device but you don’t pay premium price as it can be found for £219.99 SIM free on the Microsoft Store.

The Lumia 830 has metal sides and polycarbonate removable back (available in orange, green, white and black). The phone is really nice to hold however personally I prefer the feel of the 1520 or the 720 with the smooth edges but the metal edges do make it feel like an expensive device. Under the back cover is a nano-sim card slot, MicroSD card and removal battery (2200 mAh). 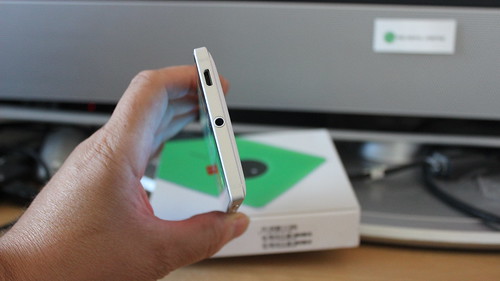 The Lumia 830 has a 5 inch display running at 1280×720 (296 ppi) which in theory is not that impressive but in practice looks very good thanks to its sharp display and great colours. The live tiles really pop and text is very clear.

As Windows Phone has low processor requirements the Quad-core 1.2GHz processor handles the OS very well, switching for app to app is fast and responsive with games like Minecraft working really well. On some low end Windows Phones large apps like Microsoft Health can be a little slow to load but the performance of the Lumia 830 is outstanding and is ultra-smooth to operate. The on-board storage is 16GB which is reasonable for installing apps on but you are probably going to need an SD card if you store a lot of media on your phone and the 830 can take a MicroSD card of up to 128gb capacity. The battery is 2200 mAh and I found I got about 2 days of use which included Minecraft playing, web browsing and reading email over 4G and Wifi. It also supports wireless Qi charging.

Unlike some of other budget Windows Phones this has a dedicated camera button for quickly taking photos and capacitive back, Windows and search buttons. With the dedicated camera button you can go from the pocket to taking a photo in around 2 seconds so you don’t miss the moment. Talking of camera features the 830 has a 10MP rear camera which produces very clear images with great colour reproduction, it has Zeiss optical stabilisation like the higher end Lumia phones and you can get some really good pictures even in low light. There is also a LED flash on rear. The front camera is 0.9 MP wide angle and works well with Skype or for taking selfies (if you must).

Another nice feature is the built in motion sensor so you can use it apps like Microsoft’s Health and Fitness app to track your steps and look at where you have been. 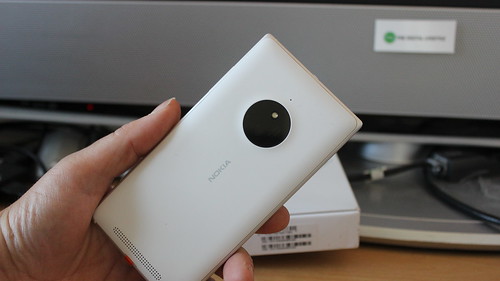 The phone comes with Windows Phone 8.1 Update 1 and will run Windows 10 mobile when it’s released later this year. Overall the Lumia 830 is excellent value for money. The camera is really good, the phone is fast and it feels like a premium device. There may well be new Lumia phones coming from Microsoft later this year that could replace this 830 but currently for £229 SIM free you get a feature packed phone for a bargain price.

Here is my video review of the Lumia 830 and thanks to LumiaVoices for the loan of the device.