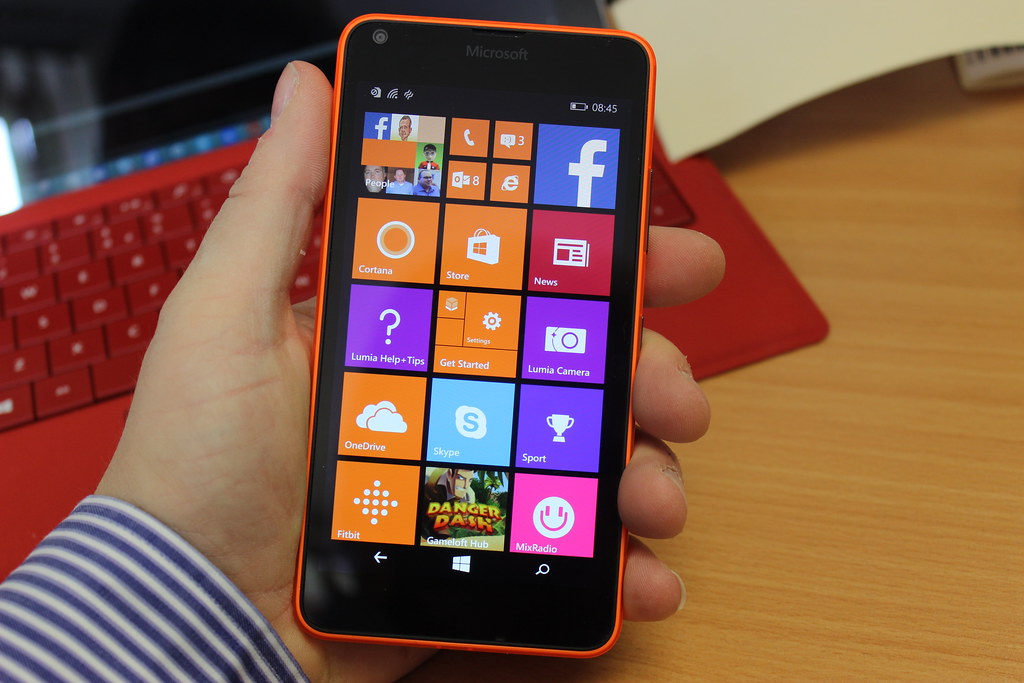 The Lumia 640 is Microsoft latest midrange Lumia phones that is an evolution of the Nokia 630/635 released last year. The design follows the Lumia 635 trend by coming with a coloured plastic back available in either orange, cyan, black or white and have to say I rather like the bright orange colour of the 640. 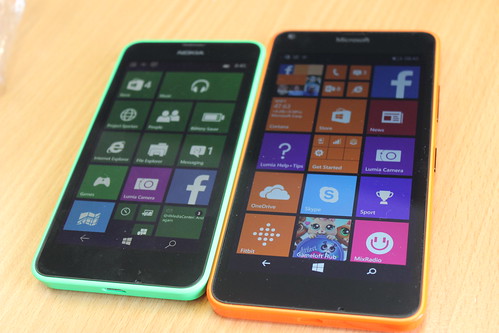 The 640 is bigger than the 635, it has a 5 inch screen running at 1280 x 720 which has a sharp look and good colour balance, and it is very much like the more expensive Lumia 735. With the 640 having a larger display it feels thinner and a better design than the 635. I don’t think it actually is thinner but it does feel a more elegant device than the older devices. 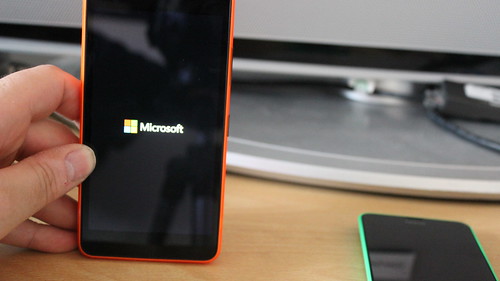 It’s powered by a quad core 1.2GHz Qualcomm Snapdragon processor and as Windows Phone has low processor requirements the phone is very snappy and responsive. Switching between apps is very fast and it plays games like Minecraft very well. It has 1GB of RAM so it will play the larger Windows Phone games and the extra ram helps with the speed of loading big apps like the Microsoft Health app which loads much faster on the 640 than the 512mb 635. It has 8GB of on-board storage which is expandable via a MicroSD card which you can store music, videos, photos, apps and games on so the relatively low on-board amount is not an issue.

There is a microUSB port for charging (no wireless charging, for that you need to step up to a 735), headphone port on the top with the only buttons being power and a volume rocker. There is no dedicated camera button which is a shame and the Back, Windows and Search buttons are the on screen type that pop up when needed or you can swipe up to bring them in view.

There is an 8MP rear camera with an LED flash and takes some pretty good shots as you can see. There is also a front camera for selfies (if you really must!) and using with Skype.
Rear Camera: 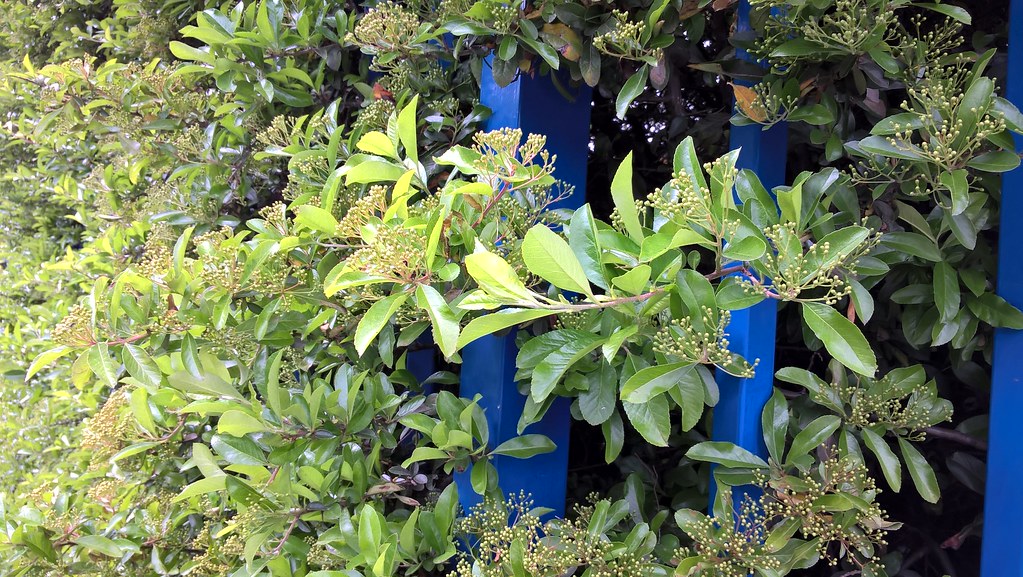 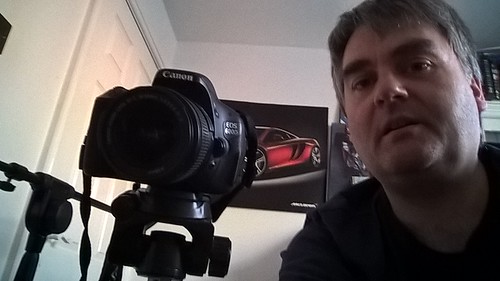 Another nice feature is the Glance screen. This shows you the time, battery status and unread email when the phone is off using a special low power mode. You can have it stay on all the time, turn off after 15 minutes or use peek which turns off after 30 seconds but turns back on with movement. Also on the phone is double tap to wake, you just double tap on the screen and it turns on something my Lumia 1520 has and is really handy as it saved your fumbling for a power button. 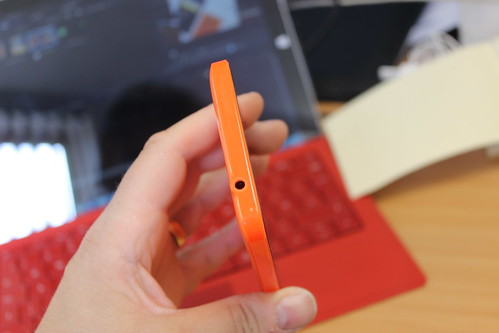 Battery life is excellent, there is a 2500mAh battery which I found gave you well over two day between charges, more like three days. It supports 3G and 4G and you get 1 year Office 365 Personal edition included.

So overall I really like the Lumia 640, for £169.99 SIM free (at the Microsoft Store) or £129.99 at Carphone warehouse you get a feature packed phone that has great battery life, decent camera and a pleasing design. Oh and you will be able to run Windows 10 on it when it is released later this year. If the 5 inch 640 isn’t big enough there is a 640 XL available which has the same spec but with 5.7 inch screen and 13 MP camera which costs around £184.98.

In this video I take a look at the 640 and put it through its paces.