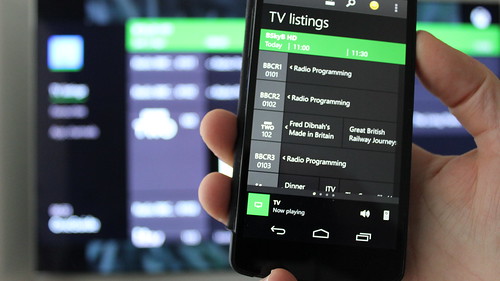 Here are the full list of changes via Major Nelson:

Upload App – The Upload app is being updated so that you can manage your screenshots in addition to your game clips. You can use a screenshot as your background, by viewing the screenshot in full-screen mode from the Upload app, then, press the Menu button and select Set as background.

Suggested friends – With the suggested friends feature, the Friends area in home and your friends list will help you find and add friends. Suggested friends will include people you might know, so you add more friends to game with, and top community broadcasters and clip creators, so you can get more great content in your activity feed.

Privacy & online safety settings – We added a new setting for sharing voice search data to create an option for users to allow collection and analysis of voice data when they use Xbox – Bing to search.

OneGuide for Australia – Support for OneGuide will continue in preview in Australia for free-to-air TV listings.

Let us know what you think of this month’s preview and stay tuned for more news on Xbox One system updates. And remember, the most effective place for your ideas, suggestions, and feedback to be seen by the teams that create Xbox products and services is at the Xbox feedback site.