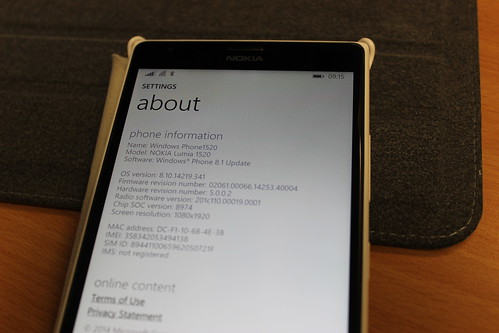 Microsoft have released an update to Windows Phone 8.1 for devices on the developer preview program. The update started rolling out last night and was installed automatically on my Lumia 1520. It takes the build number up to 14219 and there are no release notes but it probably adds support for Cortana in Germany, France and other European counties plus there will be bug fixes.

You can check for the update via Settings/Phone Updates if it hasn’t been automatically installed already.