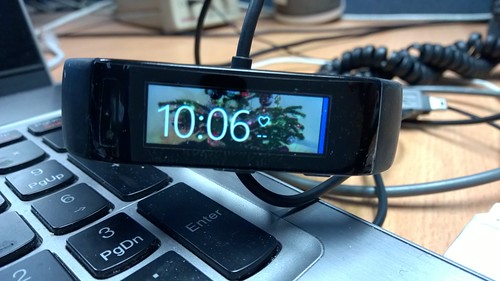 2014 has been fantastic year for technology enthusiasts. From Microsoft we have the first look at Windows 10, they have release a new Surface, the Microsoft Band, an Xbox TV tuners and lots more. From Apple we have had new iPhones, iOS 8 and new Macs. From Google we have new Nexus devices, Android 5.0 Lollypop and Android Wear. We have seen a wave of low cost Windows tablets that are actually pretty good, I have a £79 Windows tablets that is very usable. We have also seen new set top boxes from Roku, Amazon and Chromcast so there has been a lot of technology to talk about.

So we want to know what your highlight of 2014? Was it Android Wear? Was it the iPhone 6? Or do you agree with me that it was the Microsoft Band? Let us know what you think and we will discuss it on our end of year review podcast.

Have a listen to our Christmas podcast where Jason, Garry and I pitched for our tech highlight, which one of us is right?

Is it Jason’s iPhone 6, Garry’s low cost Windows tablets or my Microsoft Band? Vote now and if you don’t agree with any of them lets us know and we will talk about it on the review show.

Have a great Christmas!