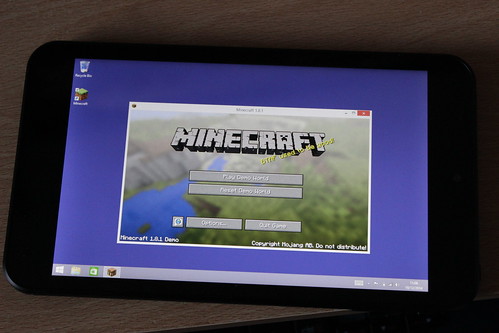 I have been amazed by the response to the to the £79( or lower in come places) Linx 7 tablet review I posted last month and had a ton of questions about it. So I thought I would record a new video answering some of questions raised about the low cost tablet. First of all after using it for just over a month I am really pleased with tablet and my only issue with it being the relatively short battery life (around 4 hours use) but if you can live with that it’s a great device. It runs Windows 8.1 so you can install whatever you want on it but it is at its best as a media consumption devices playing videos from Netflix or Plex and reading email, Facebook and Twitter.

You can play games on it from the Windows Store and you can even install Minecraft on it, which it isn’t ideal for but as you can see from the video it works. So in this video I run Windows apps, show how fast it boots up, test media streaming and load up Minecraft.