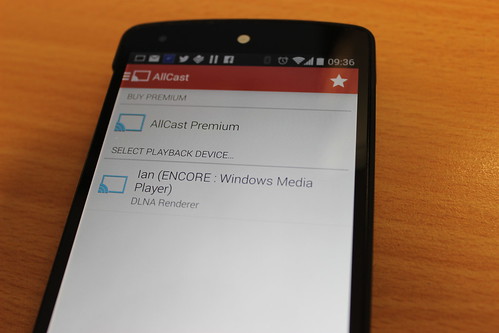 AllCast is a great app for sending content on your network to a DLNA or Chromecast device and it has just been updated. The new version has volume controls so you can control the remote devices volume playback. Twitch TV has been fixed, there is a new transcoding engine which works with Android L and improvements to the UI for the Chromecast receiver app.

There is a trial version with a 60 seconds preview limit in the Google Play Store and the full version costs£3.05 as an in-app purchase.

Uh, sorry about that. *adjusts mic*

AllCast now has volume controls. Just hit the volume buttons while on the Now Playing screen, and it’ll adjust the volume! Easy!