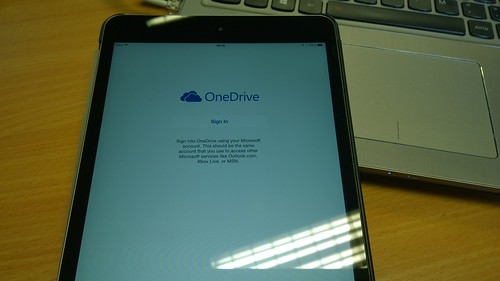 Over the weekend Microsoft updated the iPad and iPhone version of OneDrive its cloud storage service. Version 4.3 adds the option to exclude video uploads from the camera backup, AirDrop support has been added making it easier to share photos between devices, video streaming has been improved for smoother video playback and there are the usual bug fixes.

The iPhone/iPad version can be found in the iTunes Store.