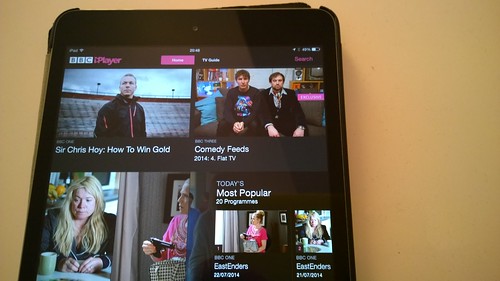 The BBC have pushed out updates for the Android and iPhone/iPad version of its apps. The Android version gets improvements to live playback of TV shows and various bug fixes, the iOS version just gets “various improvements and big fixes”

With the app you can watch live TV from the BBC and catchup with shows on demand.

Included in this release: