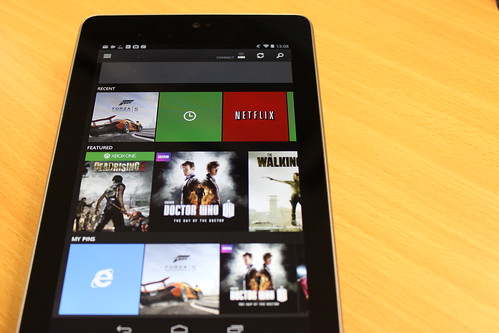 If you want to see what is coming up next from for Xbox One SmartGlass from Microsoft you can check out their new beta SmartGlass app. The app gives you access to new features coming to the Android SmartGlass app and the big change is OneGuide integration.

With the app you can browse the OneGuide EPG on the Android device, change TV channels and use the app as a universal remote control for your set top box and TV. Currently OneGuide is only available for US users but it is coming to Europe and Canada. Xbox One owners on the Xbox Preview program can try the new features including OneGuide now. I will be giving it a try later this week.

To get the beta download the app from the Google Play Store.

• Change TV channels on your Xbox One through OneGuide on SmartGlass