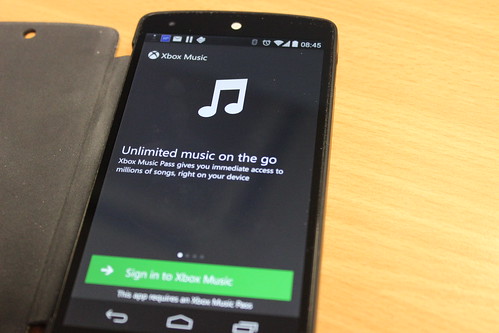 Microsoft have had issues with the Xbox Music app on Android since the release Android 4.4, the last couple of release have been aimed at addressing streaming and offline playback. Today there has been an update to the app that fixes more of the issues. The update prevents crashing on Samsung and LG devices (non-Nexus) running Android 4.4 and re-enables streaming on the devices. All is not completely fixed, offline playback is still disabled.

The updated app is in the Google Play Store.

• This update prevents crashes on Samsung and LG (non-Nexus) devices running Android 4.4. Streaming is re-enabled for these devices, however offline playback is disabled. We are looking to restore offline functionality for these devices as quickly as possible.