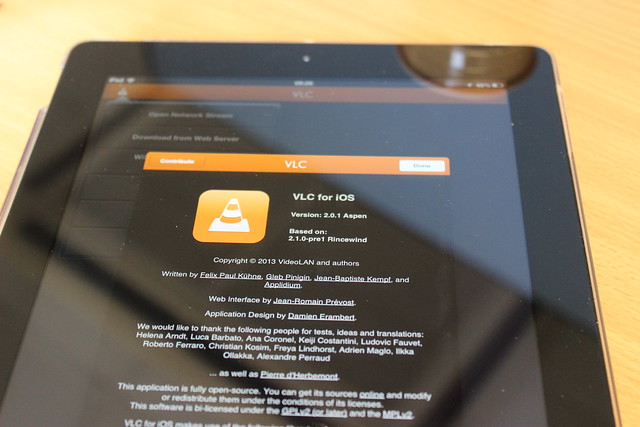 Still no news on the updated VLC app for Windows 8 but we do have an updated to iOS VLC app. Version 2.2.1 adds native support for 64bit iOS devices like the iPad Air and the iPad mini with retina display. The update also improves the reliability of Dropbox streaming, fixes compatibly with XBMC 12 and Twonky UPnP servers and has improved stability on iOS 6.

The app is free and available from the iTunes Store.

VLC 2.2.1 brings fixes for the most obvious issues introduced in 2.2.0, and adds native support for 64bit devices like iPhone 5S, iPad Air and iPad mini with Retina display.

1 thought on “VLC for the iPad and iPhone updated to version 2.2.1”