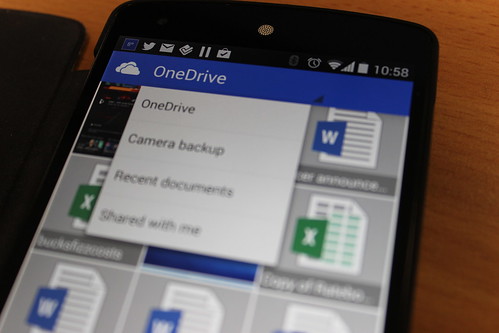 Today the renaming of SkyDrive to OneDrive has gone live and as well as the naming the Android app has a new upload feature. The renamed OneDrive app has automatic uploading of photos and videos to OneDrive so your photos will be automatically backed up on OneDrive either in the original format or a compressed format.

Also in the update are improved support for Office Mobile apps for Android and OneNote, an improved photo views, lager thumbnails and bug fixes.

The free OneDrive Android app is available from the Google Play Store.

• Improved support for working with Office Mobile for Android and OneNote, including editing Office documents

1 thought on “SkyDrive for Android now OneDrive with new features”