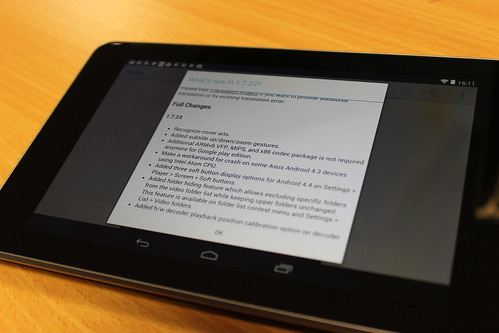 MX Player the play anything video app for Android has been updated. The updated app supports cover art and adds subtitle gestures. Also extra codec packages are no longer required for ARMv6, MIPS and x86 devices. Plus there are fixes for crashes on Intel Atom CPU devices.

The app is free from Google Play and there is a premium version which removes the advertising.