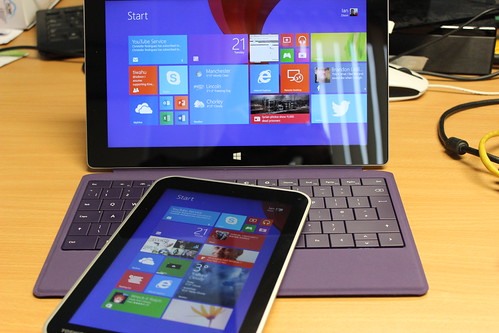 We have heard rumours that Microsoft could be releasing an update for Windows 8.1 in the next couple of month and some of the updates would include better metro/desktop integration like the Metro apps appearing on the task bar.

The latest rumour from zdnet’s Mary Jo Foley is that Update 1 could ship March 11th (which just happens to be a patch Tuesday) via Windows Update. Other info about updating includes that it could reduce memory and disk space requirements for Windows making it better for low cost small tablets also it seems Windows 8.1 Update 1 looks to be about making Windows 8.1 better for business and not bringing a lot of new features. New features will probably come in Windows 9 (code named Threshold).

What I would like to see are less desktop screens, Windows 8.1 replaced many desktop settings with modern style settings screens but there are still some left over that would do with replacing. For small devices it would best if the desktop never rears its head.