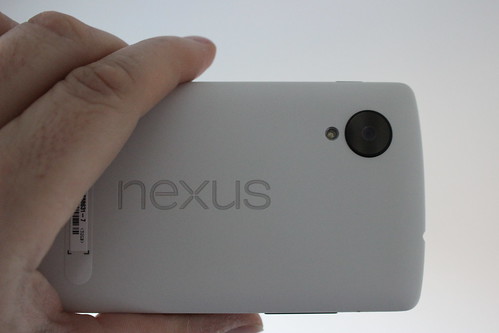 For the last year I have been using a Google Nexus 4 as my main phone and have been really happy with it. My phone is the 16 GB edition and I have been hitting the storage limit and wanted to get a phone with extra storage capacity. Over the past year I have reviewed a few phones including Samsung’s Galaxy S4 and Note 3 but I am not a big fan of additional software layers Samsung add to Android so I wanted to stick with native Android.

Google launched the Nexus 5 at the end of October and that is what I decided to go for. The Nexus 5 looks very much like the Nexus 4, it’s built by LG and has a 5″ screen which is just a little bigger than the 4.7 inch Nexus 4. While it’s only a touch bigger it does make a big difference, it taller than the Nexus 4 and has a 1920×1080 display running at 445ppi, it is extremely clear and bright better than any of the other phones I have reviewed this year. 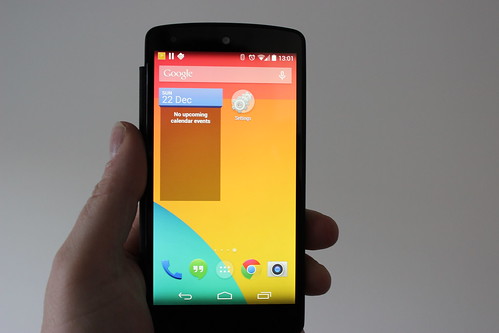 The processor is a Snapdragon 800 running at 2.26 Ghz which feels very snappy. I have to admit I didn’t have any complaints with the Nexus 4’s performance which didn’t seem to suffer any slowdowns unlike my 2012 Nexus 7 so it’s no surprise that the Nexus 5 feels fast.

The other thing I noticed is how much louder the speakers are on the Nexus 5, the Nexus 4 was very tinny and very quiet but the Nexus 5 has a clear and louder sound. Part of that is due to the speakers vents being on the bottom of the phone rather than the one small vent on the back of the Nexus 4 which made it virtually inaudible when it on my desk. While I don’t play music on the phone without using headphones that often it does mean your ringtones are louder. The back of the phone is a soft plastic which should be stronger than the glass of the Nexus 4.

The phone feels lighter than the Nexus 4, it is actually only 3 grams lighter at 136g but makes a difference. The battery is 2300 mAh up from 2100 but the brighter screen seems to make for about the same battery life as the Nexus 4, the battery is non-removable so you can’t switch it out for another one if it runs out which is advantage of the Samsung devices. The cameras are 8PM rear and 1.3MP front which is the same as the Nexus 4, the pictures seem to be about the same quality maybe the 5 is a bit better in low light than the 4. Also the camera is faster at starting up and taking pictures and I think that is due to an update to Android. 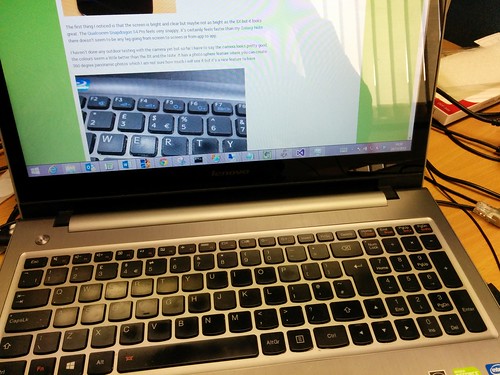 Photo taken on the Nexus 4

The phone runs the latest version of Android which at the time of writing is 4.4.2 and has the new Google launcher, as I said at the beginning I much prefer the native Android over any UI layer. You can swipe in from the left to bring up Google Now, other than there are only subtle changes. I won’t go into Android in this reviews, but I the combination of the hardware and the software work really well together which makes for a very good experience. Actually I did consider Nokia’s Lumia 1020, I do like Windows Phone but I have got Android working well for me I didn’t want to switch away.

So here is a quick unboxing and first look at Google’s Nexus 5.