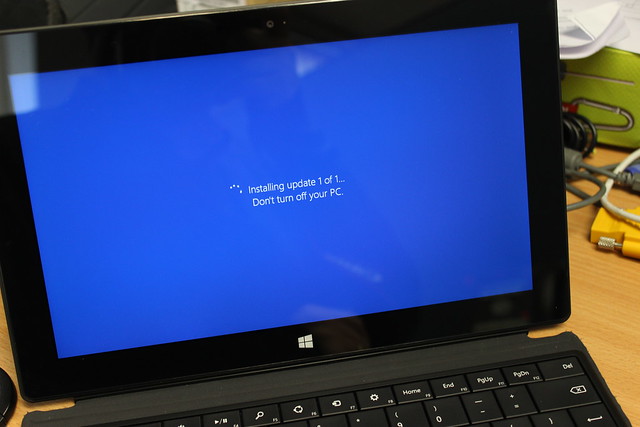 Microsoft don’t detail what the update contains, I hope it stops the problem of the device not waking from sleep correctly. Since installing Windows 8.1 Preview my device has frequent waking problems but at least the WiFi problem seems to be fixed. Windows 8.1 Preview it starting to creak on my machine and is really ready for the RTM version of Windows 8.1.