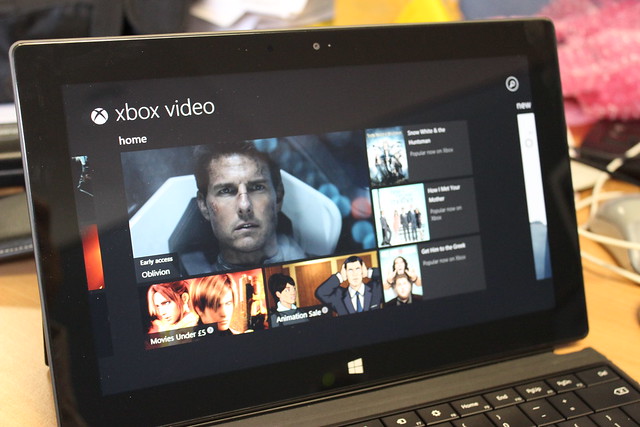 Microsoft have pushed out an update to the Xbox Video app for Windows 8.1 Preview. The update which Microsoft say has an improved design and more emphasis on movie and TV art seems to place much more focus on content from the Microsoft’s online store. Overall the app has a nicer look and feel than the old version and mirrors the changes to the Xbox Music app which was updated for Windows 8.1 recently.

You can find the updated app in the store and its works with Windows 8.1 and Windows RT 8.1, Windows 8 keeps the same version for now.

* Available in regions with Xbox Movies Store. To see which features are available in your region, go to the Xbox Video feature list at http://support.xbox.com/apps/windows-8/xbox-on-windows-features