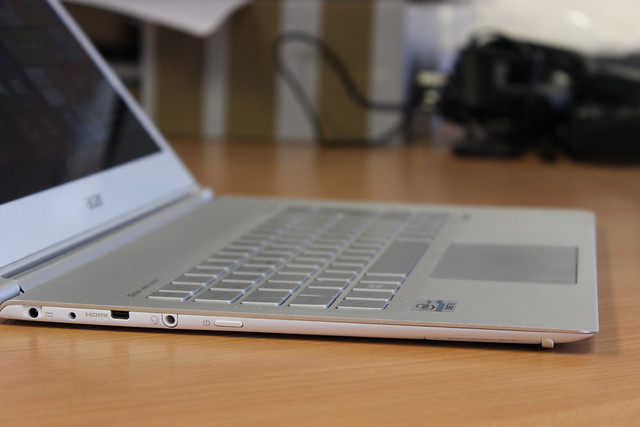 I have to admit I love lightweight notebooks, for a long time I used a Macbook Air and the latest device I have got to play with the Acer Aspire S7. The Aspire S7 is a 13 inch touch screen notebook that weighs 1.3 kilograms. Of all the Ultrabooks I have played with this has to one of the best, its aluminium and white plastic case feels like a premium machine. There is no flexing in the chaise despite being only 11.9mm thick, it really feels like a quality product.

The model I reviewed was powered by an Intel Core i5 processor running at 1.7ghz with 4GB RAM and 128GB SSD drive running Windows 8. The 13.3 inch screen runs at 1920 x 1080 and has ten point multi-touch, once you have used a notebook with a touch screen you will not want to go back to a non-touch device. There are two USB 3 ports as well as a card reader and MicroHDMI port.

The screen is very nice, 1920 x 1080 looks great with Windows 8 and its bright with rich colours, and it’s very glossy so you do get a lot of reflections off it but this seems to be the normal now. The screen will open and go completely flat and the solid hinge means it doesn’t wobble when use the touch screen. 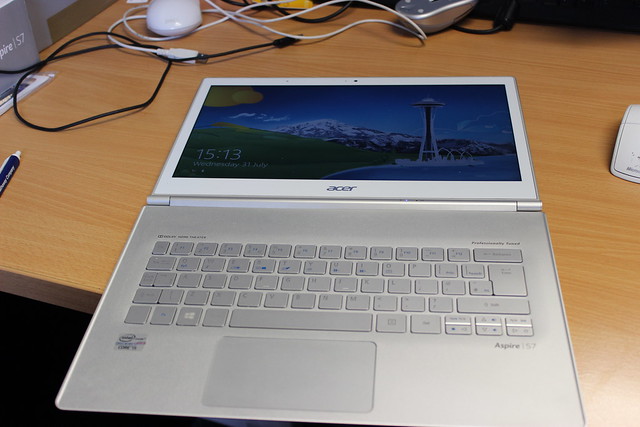 The S7 feels fast, part of it is down to the i5 processor and part down to the fast SSD drive. The machine goes from powered off to the Windows logon screen in around 2 or 3 seconds which is probably the fastest I have seen. Windows apps work very well and it’s also fast for processor intensive tasks like video rendering. Acer say you should get around 6 hours battery life out of a full charge.

For a light the device I found the speakers to be pretty good maybe lacking a bit of bass but that is to be expected on a device weighing 1.3KGS

The keyboard has very light action without much travel and I like that kind of keyboard. You can type pretty fast on it due to the way the keys are spread across the whole notebook, there is no number pad on it. The large trackpad works ok, the whole pad clicks down and there is a dedicated right mouse button area on the bottom right of the trackpad. Two finger scrolling is supported but Windows 8 gestures are not support which is a shame but you have the touch screen for that so it’s not too much of a problem. 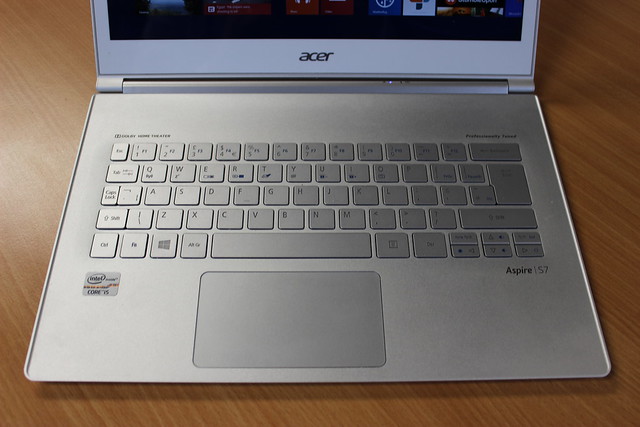 The S7 also comes with a leather style slip case which is a nice addition. 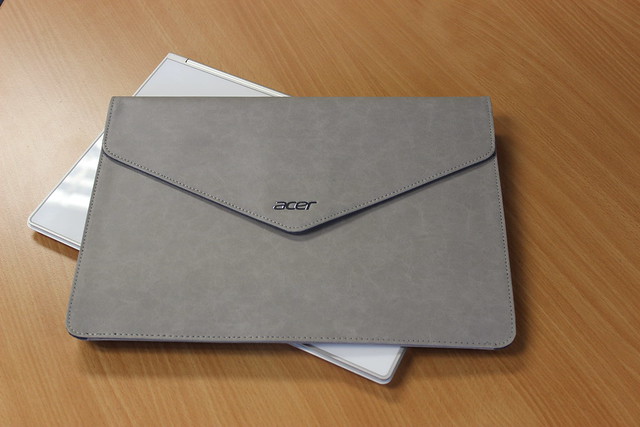 I really liked the S7, it’s one of the best Ultrabooks I have played with and costs around £750 on Amazon UK. If I was in the market for a new notebook and weight was an issue I would put this device on the top of my list.

In this video I take a look at the S7 and put it through its paces.