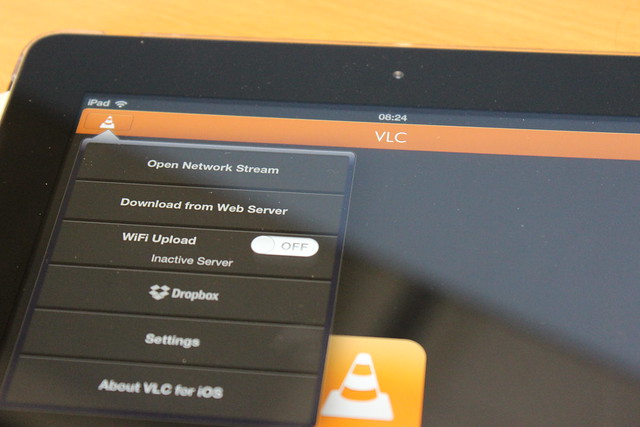 Last week VLC return to the iPad and iPhone after a couple of years of absence and already VideoLan have the first update out. Version 2.0.2 has fixes for MPEG issues, Dropbox integration and other crashes. VLC is a great video play for iOS, it plays a multitude of formats and is completely free.

This is a quick release to fix the major issues of the first release:
– MPEG audio decoding (including MP2 and MP3)
– Dropbox integration, navigation and VoiceOver
– UI bugs on iOS5; CSS issues on the Wifi Upload page
– subtitles for Greek, Cyrillic and Vietnamese
– various crashes and misbehaviors
– add vlc:// protocol handler