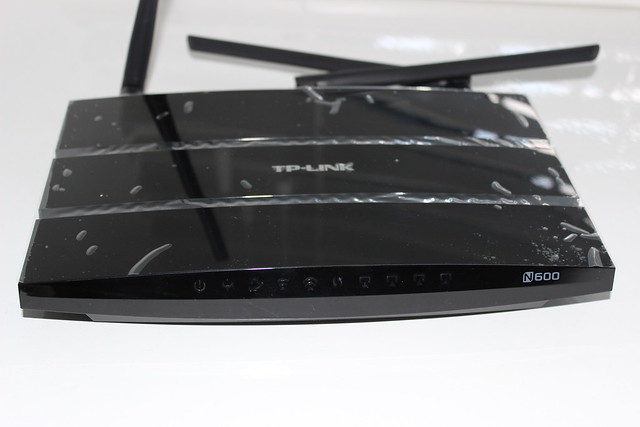 The router I use at home I thought was doing a pretty good job, the Wi-Fi signal reached most of my house and I thought I was getting the most out my very crappy ADSL connection. This was until I tried out a new router from TP-Link.

The router a TD-W8980 is a dual band gigabit device that uses 5GHz and 2.4Ghz wireless networking that should deliver 300Mbps on both bands. It has 4 gigabit LAN ports as well as 2 USB ports which can be used for sharing printers and files across the network.

I connected it up to my ASDL and followed the browser based setup which was nice and simple (a CD setup is also included in the box), you enter your ISPs username and password and the wizard walks you thought setting the WiFi up with passwords. It look less than 5 minutes to get it setup and it was all working very well.

The BT exchange my ADSL is connected to is still waiting to be switched to fibre so I get a very poor 1MB download on my connection which is extremely frustrating as there is no cable in my area so I am stuck with it, but after installing the new router my internet did feel a bit faster. I checked the status on the routers config page and it turns out my 1mb connection was now running at 2.2MB. The newer router had doubled my speed and while it’s still very poor it’s a welcome boost. In the past I have tried special filters and other tricks to try and get a faster connection but nothing worked.

I put my kid’s devices on the 2.4GHz band and put my devices on the 5Ghz band to try and spread the wifi load which seemed to work well, downloading files at around 6mbs. I also didn’t get any packet drops which I was getting on my old router in certain locations around my home. Plugging my home server into the gigabit port also improved the video streaming performance over my lan.

There are also bandwidth controls where you can setup restrictions based on IP address, which could be very handy if you have your kids using up all your bandwidth watching YouTube videos while you are trying to stream your podcast! (We record each Tuesday at 8pm, join us in our chatroom).

Also in the box are one-touch WPA setup with the WPS button, IPv6 support, parental control settings, port and support for Dynamic DNS.

So overall a very positive experience, doubling my tiny ADSL speed means less buffering when watching Netflix and the live stream of the podcast should work better. The router costs £71.80 from Amazon. 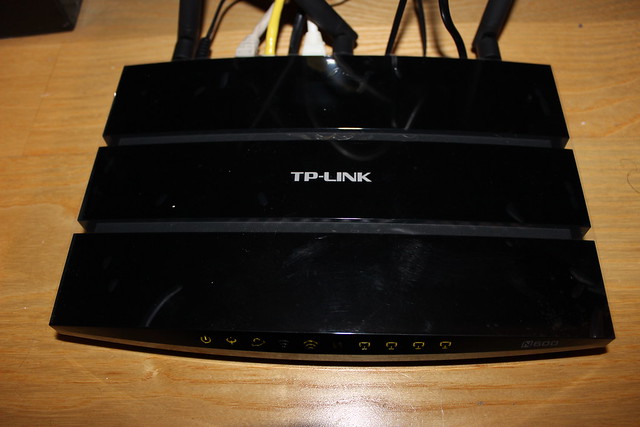