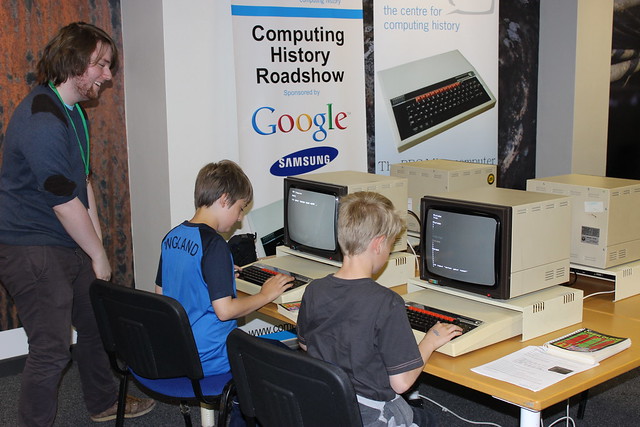 This week I took my kids off to Leicestershire to the Silicon Dreams event. The event brought vintage technology, gaming and new technology to SNIBSTON DISCOVERY MUSEUM. There was fantastic array technology on show. There was a great selection of vintage computers from the Museum of Computing History ranging from a Commodore PET, Next Step, BBC Micro and many others. They also had some great items from the past like a vintage typewriter, 1970’s vintage video cameras and games consoles. 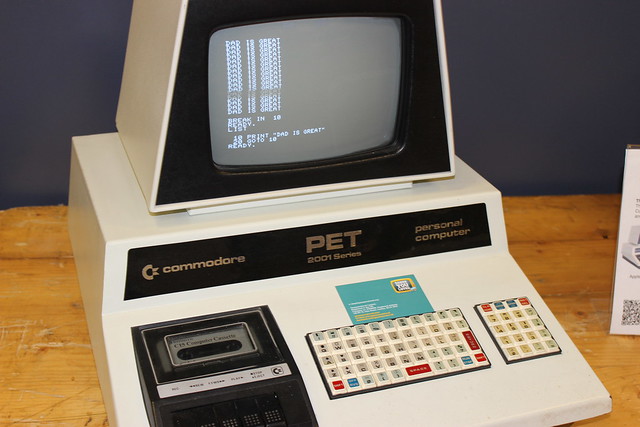 There was a great collection of vintage gaming equipment ranging from 70s consoles, Amiga CD32 and an original Xbox. Best of all everything was playable, my kids loved Pong as well as some of the strange Japanese consoles.

Also there was a ZX Spectrum connected to the internet and twitter plus a handmade Spectrum were the designer reproduced the ULA. Also there was a reproduction 1960s IBM System/360, Amiga and RISCOS user groups
To go with all that there was the exhibits of the Snibston Discovery Centre which had hands on exhibits which the kids loved. It was a great day out and great to be able to have hands on with some of the old computers.
Here are some photos from the day (on Flickr), I record lots of video which I will get posted other the next week.