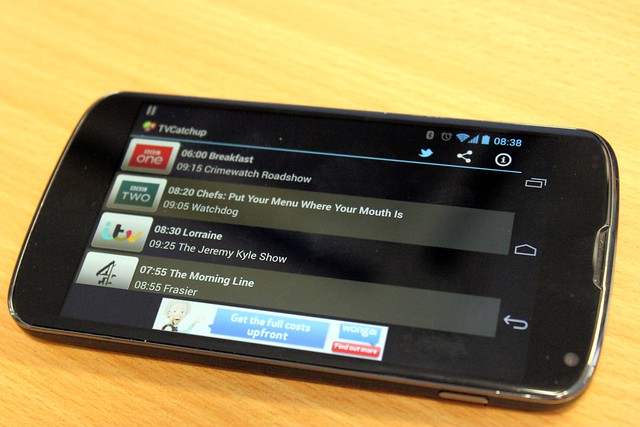 TVCatchup is a great app for watching live TV on a mobile device, there are iOS, Windows 8/RT, Windows Phone and Android versions of the app and the Android version has just been updated. The update fixes audio playback issue, crashing problems and improves the network utilisation.

With the app you can watch live TV of most of the UK free to air channels like the BBC, ITV, Channel 4 and Channel 5 and works over WiFi or 3G.

In this update we have:
– Fixed audio only playback on a range of devices.
– Fixed the app exit crash.
– Improved connection efficiency.
– Fixed the second batch of issues according to feedback from support and reviews..