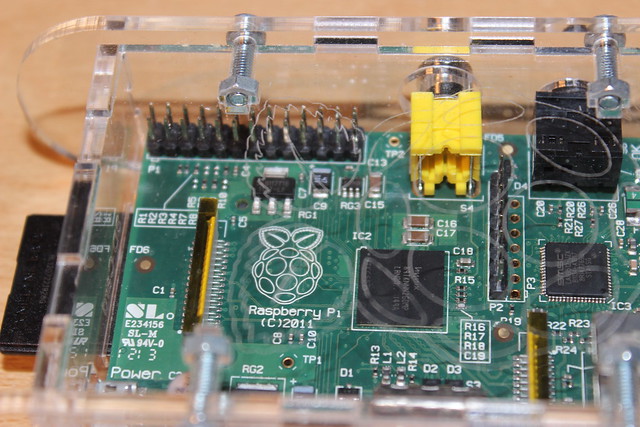 Raspbmc is a build of XBMC for the Raspberry Pi and the June update has brought us lots of updates and changes. There is an updated firmware / kernel and fixes for Live TV, improved setting options, a new XBMC skin and support for the Raspberry Pi camera addon. To get the update just reboot you’re Pi and the automatic update processes will kick in.

Details from the raspbmc.com blog

There are some performance and stability enhancements, particularly when playing high bitrate content.

Backport of delegation of discontinuity in streams to GPU rather than OMXPlayer (resolves some streaming issues), thanks to popcornmix for the original fix!

Boblight support provides an ambilight like implementation. Take a look at this user’s setup here

Raspberry Pi camera addon support allowing surveillance. This is useful for watching a bird feed or your kids. Images are taken at a desired interval and uploaded to /home/pi/camera.

Ability to scan for WiFi hotspots instead of having to type the SSID in.

Users now warned if power supply is detected to be inadequate

A new XBMC skin, made for Raspbmc by A Future Pilot and fuzzword. Many thanks to the wonderful contribution that these two have made. You can swap back to the default skin at any time via System -> Settings.

libCEC is updated for improved compatibility with TV sets.

/tmp and /var/log no longer stored in ZRAM tmpfs

Another two mirrors have joined the Content Delivery Network which means faster updates and installs. The project is very weak for downloads in Asia and would very much appreciate a mirror to help offer users a good quality update and installation experience there.