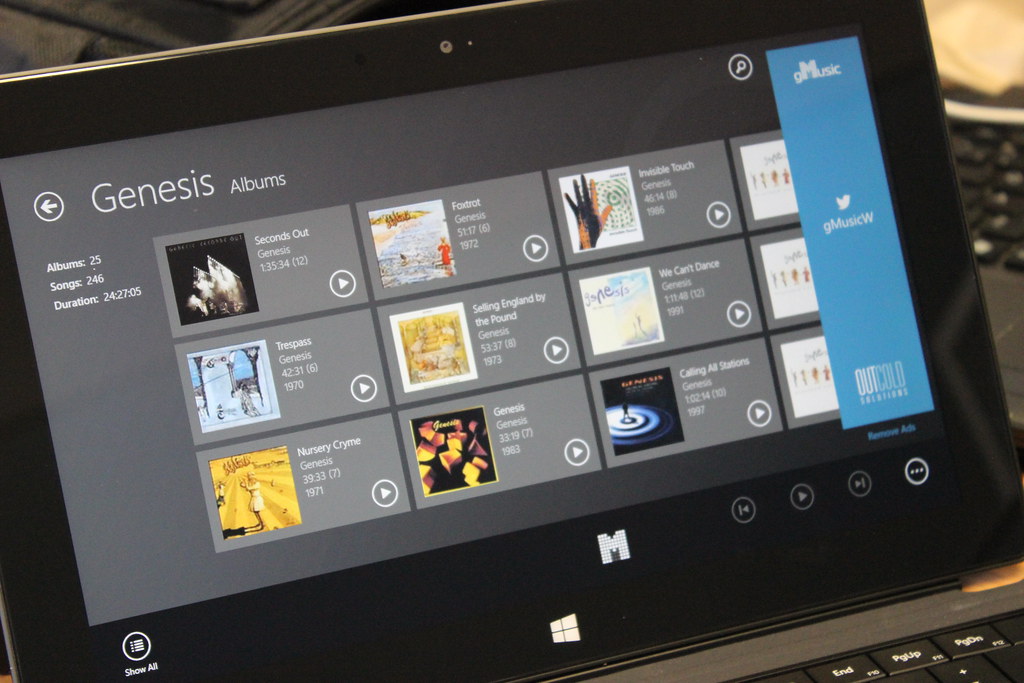 I have been storing my music in Google Music for a while now and on my Surface RT I have been using the Google Music web page. Using the web version works ok but you don’t get the full integration with Windows 8’s volume control and the web is fiddly to operate with touch. @jamestenniswood alerted me to a 3rd party Google Music app in the Windows Store called gMusic, actually there are a few apps compatible with Google Music in the store but this one is free (with adverts) and I thought I would give it a try.

gMusic is a rich Windows app that has access to all your music stored in Google Music, you can browse you music collection by artist, album, playlists or genres and you can create playback queues. As well as having the album art it also tracks the number of plays and user rating of each song. The app uses the Windows volume control system and has transport controls and album art in the control. There is search which integrates with the search charm plus there is also a nice snapped view. If you like the app but don’t like the adverts you can via an in-app purchase remove the ads for $1.99. There is a $4.99 in-app purchase while gives you access to addition features in future releases as well as being ad-free.

Overall the app works very well on my Surface RT as well as on my Windows 8 desktop, the one downside is that as there is no official Google Music API the app needs your Google username and password and doesn’t use oAuth. The app is free from the Windows Store.

Snapped view with the Google Music web site in IE.