Welcome to my first guest post at The Digital Lifestyle. I’m +Dan Gravell and I run a company called elsten software which makes software for organising large digital music collections. I’ve been building and organising my own music library for over thirteen years now, so I’ve learnt a few tricks. I’ll be blogging about general digital music management topics, and I’m looking forward to any comments or feedback you have.

A large music collection of, say, thousands of albums is typically built up over many years. The music may be sourced from multiple places and may contain different aspects of metadata such as varying genres. Some of the collection may be official releases while some may be bootlegs or cover mounted CDs.

It’s difficult to tame large music collections. The sheer quantity of data means you need to employ different strategies to both achieve a level of consistency and correctness throughout the collection, and also to do it while maintaining your sanity. Adopting new music players can mean changes to how your music is organised. Working through all that data using manual processes takes a lot of time and a lot of effort, and with that comes the increasing likelihood of making mistakes. 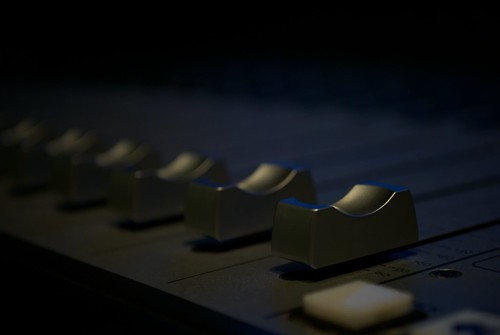 Large music collections are characterised by their variety as well as their size. Perhaps one day you’ll realise you have added some amateur music without useful metadata, and you can’t find any on the Web either. Perhaps another day you’ll add music from a new genre. Maybe you’ll start building a collection of “high-def” music. The normal distribution means that as a collection grows you’ll inevitably attract different music at either ‘long tail’.

So large music collections are costly, both in terms of acquiring them and the effort involved in keeping them organised. What are five ways of making this process easier?

Digital music is typically stored on large hard drives. Over time, the cost of this storage goes down and down. This means you can purchase more and more disk space at a cheaper cost. What are the benefits of this?

Lossless music becomes a possibilty, as does high definition music. And, of course, there is simply more space to store more music.

But as important as the capacity of your music storage, it’s also worth considering its flexibility. Many digital music collectors start with a hard disk stored in their computer on which they store their music. But this means that to play the music you have to have your computer switched on. If you have a system to stream music from the computer to large speakers, you still need the computer turned on. Similarly, if you want to copy music from your collection to a portable player, you need the computer turned on.

More recently the trend in NAS and home servers has meant you can store your music on a low power, separate server so that you don’t need to switch a computer on whenever you want to listen to music, and you can easily share the music between different devices.

2. Automate backup to lower the impact of a disaster

Every digital music collector’s worst fear must be losing all their music. This could happen for many reasons: hard disk damage, accidental deletion, a virus, maybe even burglary or a house fire (although you probably have other things to worry about with the latter). The solution is to backup your music, ideally offsite.

Many NAS servers now come with backup features as standard. Even if you don’t have a commercial NAS, you can still setup a backup routine from your computer to the Internet. There are generic, cheap storage solutions such as Amazon S3 and also some solutions bundled with computer security software or even your ISP. Personally, I use rsync.net to backup from my Linux home server. It’s a service that works well with simple Linux commands, and they have fantastic support.

It’s best to backup off-site, but backing up on-site, perhaps to an external USB disk, is better than nothing.

In the days of Wi-Fi networks I think this is sometimes overlooked. Wireless networking is great for some applications – it’s perfect for allowing casual Web browsing around the home, and it supports music streaming too. However, the reliability and performance of a wireless network is well below that of a wired one, and when performing certain tasks this difference really tells.

Large, bulk jobs like transferring a large amount of music from computer to computer should be done over a wired connection. Re-organising your music should probably also be done over a wired connection, because re-organsing normally means updating tags. Updating tags means reading in a file, then writing it back out, and then doing that for potentially hundreds of thousands of files. Therefore, it’s best to use a wired network.

An alternative to a wired networking is powerline networking. It’s often not practical to run Ethernet cable throughout your home. Powerline networking converts your home electrical wiring into a computer network. It works by a powerline adapter plugging into a standard electrical wall outlet, and then running network cable between your computer and the wall outlet. The bandwidth, latency and reliability of these connections are normally between that of a wired Ethernet network and a wireless one.

I stated above how it’s harder to achieve consistency within music collections the larger they get. By specifying rules that your music must obey, and then fixing the deviations, you can achieve a consistent music collection. This helps your music collection remain easier to navigate through and find the music you want to listen to.

Rule based organisation only takes less effort and less time than traditional tagging when its supported by software. Because the rules are ‘declarative’, you say how you want your music to be organised, and the software performs the tagging and re-organisation for you.

For the edge cases! There will always be a little ‘fine tuning’ of music files you need to do. You may need to check whether you have conflicting tagging formats, for instance, or if any additional, extraneous tags are causing problems. Utilising a music tagger is the best way to check this.

A large music collection takes work to collect and organise, but the results are well worth it. Having control over your music means you get to navigate it in a way that makes sense to you and fits in with how you listen to music. By automating aspects of your organisation, you can also save time, because the larger the collection, the more work that is involved!

Thanks to west.m, planetc1, Tony Austin, and Common Pixels for the images above.

How to stream music from an Android phone to Windows 11

2 thoughts on “Five ways to manage a large music collection”